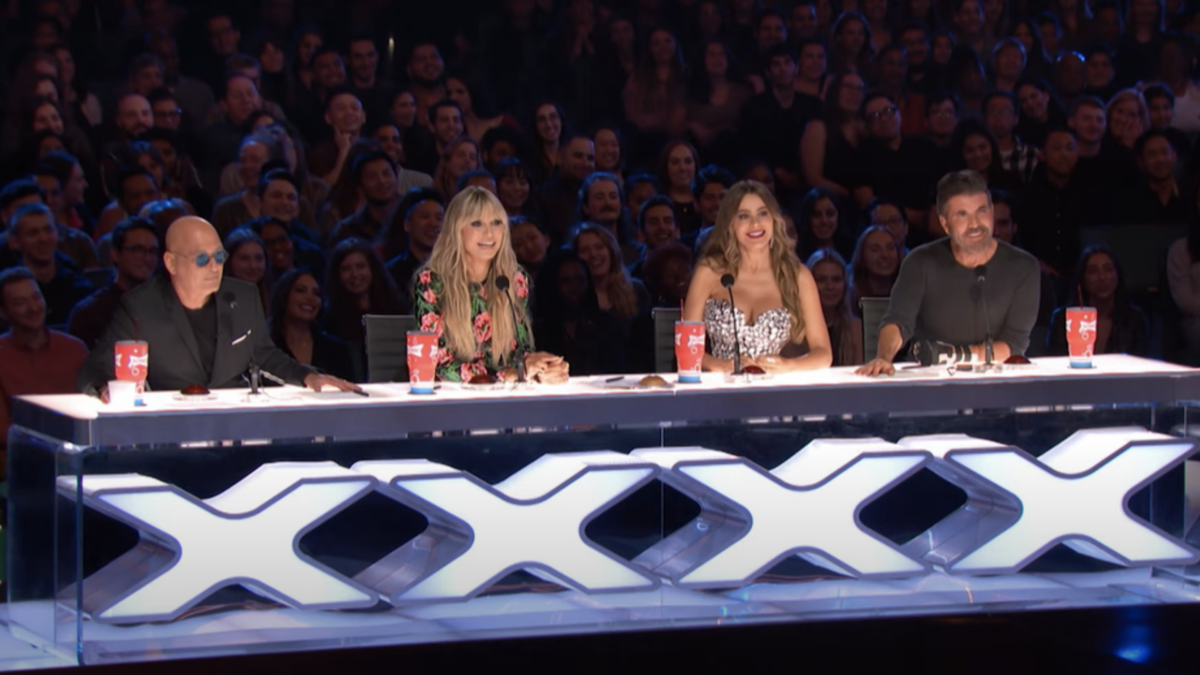 Spoilers ahead for episode 2 of America’s Got Talent Season 17 is ahead!

No season of America’s Got Talent is complete without young artists proving that kids can be serious competition for adults in the race for the top prize, and the second golden buzzer of season 17 revealed that adults have an 11-year-old powerhouse to contend with. in live shows. Madison Taylor Baez took the stage for a stunning rendition of “Amazing Grace” that took the judges by surprise for more than one reason. They thought she was just an audience member with pipes!

Madison Taylor Baez, 11, wanted to compete on AGT since she was just 4 years old and her dream came true in Season 17…but not like anyone might have expected. When she showed up for the auditions, the AGT The production team sent her to sit in the audience and got a chance to sing during the backstage commercial break.

This happens regularly on the talent show show, but the reactions of Simon Cowell, Howie Mandel, Heidi Klumand Sofia Vergara let it be very clear that a performance like Madison’s doesn’t happen every day, and it’s no surprise that she received a golden buzzer from Mandel after not only her powerful performance, but also her moving story. And two standing ovations don’t hurt either! Looked:

I hope I’m not the only viewer to be moved after watching Madison Taylor Baez finally get her chance to wow the judges and do so well! Honestly she won me over just how excited she was to sing AGT, plus the performance itself. Her reactions to everyone’s reactions – and her announcement that she would like to use the prize money to help her father as he battled cancer – just closed the deal.

Add to that her father’s revelation that she learned to sing so she could sing for him in the hospital during his chemo treatments, and I was close to reaching for the tissues. Kudos to Madison for her performance, and kudos to Howie Mandel for hitting the golden buzzer for her!

All in all, perhaps my favorite moment of all the reactions to this little girl coming from the public to wow everyone came from Simon Cowell. His small gesture to encourage Madison to continue on the second verse of “Amazing Grace” was charming and seemed to come from a genuine desire to hear her sing more. (He definitely seemed happier with his “Amazing Grace” than with “The Parmesan Cheese Song” last week!)

The crowd that had already jumped to their feet for a standing ovation after the first verse jumped up to listen to the second, and more than one person in the audience wept.

Madison Taylor Baez is the second Golden Buzzer winner of Season 17, after the host Terry Crews hit his buzzer at the premiere for the 21-year-old saxophonist Avery Dixon which also brought almost everyone to tears because of its moving story and powerful performance. (You can stream the full episode again with a Peacock subscription.)

They are currently the only two contestants this season with a guaranteed spot on the live broadcasts, but three more will join them before the auditions end, when Sofia Vergara, Heidi Klum and Simon Cowell choose theirs. Cowell’s golden buzzer from season 16 unfortunately had to retire from the competition before the end due to health reasons, and she passed away earlier this year.

For now, you can expect new episodes of America’s Got Talent Tuesdays at 8 p.m. ET on NBC. If you’re looking for additional summer viewing options, be sure to check out our 2022 TV premiere schedule.