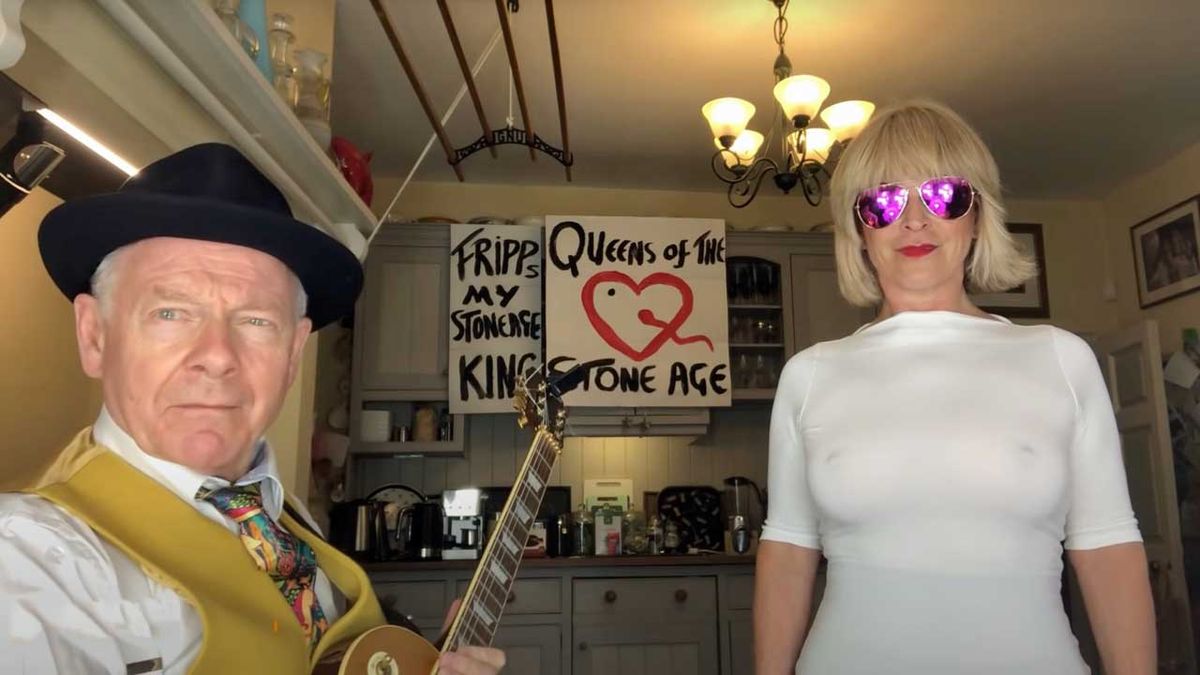 Another Sunday has passed, bringing with it another performance from the Worcestershire home of two of Britain’s most spirited entertainers, Toyah Willcox and Robert Fripp.

This week, the playful pair embarked on a journey back to 2002, returning with a perky cover of Josh Homme and Mark Lanegan’s classic Queens Of The Stone Age. Nobody knows.

While the original meaning of Nobody knows always remained unclear – “It’s a mystery what this song is about,” said its co-writer, Homme – in the hands of the Fripp-Wilcox entertainment axis, it becomes something even more baffling, as Toyah spends the duration of the performance appearing to engage in some form of light exercise routine.

“My wife is jogging in the kitchen,” Fripp, a man from King Crimson, said at the end of the song, sporting the proud smile of a man considering buying a trampoline.

Last week, former King Crimson guitarist and vocalist Adrian Belew – who played with the band between 1981 and 2013 – announced that his forthcoming solo album, Liftwill be released later this year.

Belew will also be touring the United States in support of the scrapbook. He predicts the sets will include “a ‘classic’ power trio part, new never-before-played power trio songs, and a short solo acoustic performance of favorites and new songs.”

Meanwhile, former King Crimson, Yes and Genesis drummer Bill Bruford released his Make a song and dance collection on friday. The six-CD set includes music from the Bruford era with Yes, Crimson, UK, Anderson Bruford Wakeman Howe, and his own Bruford and Earthworks projects. It is now available through BMG.

The best Bill Bruford: Making A Song & Dance deals of the day

Bill Murray talks about ‘Being Mortal’ movie quitting, saying ‘I did something I thought was funny, and it didn’t get caught’