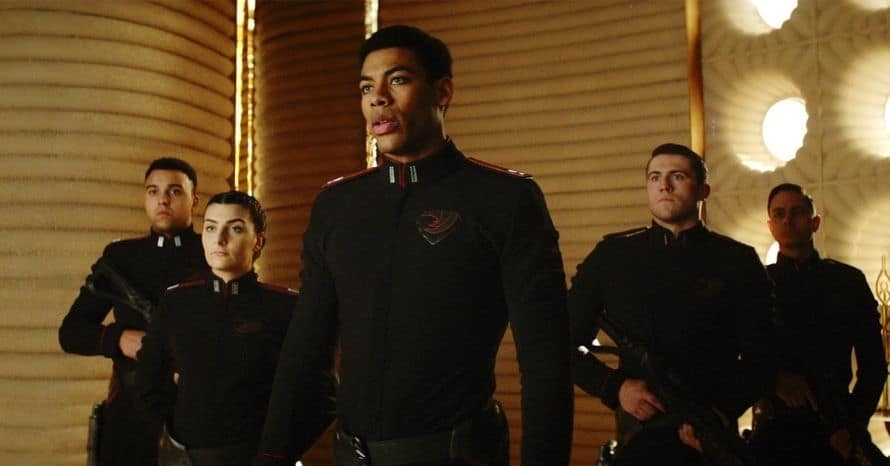 In 2019, Marvel fans were treated to a big surprise when it was revealed that Luke Cage Star Mahershala Ali had been cast as Blade for a future Marvel Cinematic Universe movie. Bassam Tariq was chosen to direct the film, with Da 5 Bloods added star Delroy Lindo in an unknown role. Now, however, the film has added a Krypton star to his list.

According to a new report from Deadline, Aaron Pierre has joined the cast of Mahershala Ali’s next film Blade movie. Aaron Stone is a newcomer to Hollywood, but has been one of the main players throughout Krypton20 episodes. The actor has also been cast in the upcoming prequel to The Lion King as a young version of Mufasa. It is not yet known in which role the actor will play. Blade.

Mahershala Ali’s Blade last appeared in Eternals. Here is the synopsis of the film:

The story takes place over two periods. A storyline takes place in the past when they functioned as a great team and a close family unit. The second storyline is in the present, when the group has fractured and divided, content to live among humans, hiding in plain sight. The overriding threat of the Deviants, once again threatening the existence of humanity, means the Eternals must put aside their differences and band together.

Stay tuned for all the latest news regarding the upcoming Blade movie and Aaron Pierre’s role in it and be sure to subscribe to the Heroic Hollywood YouTube channel for more original video content.