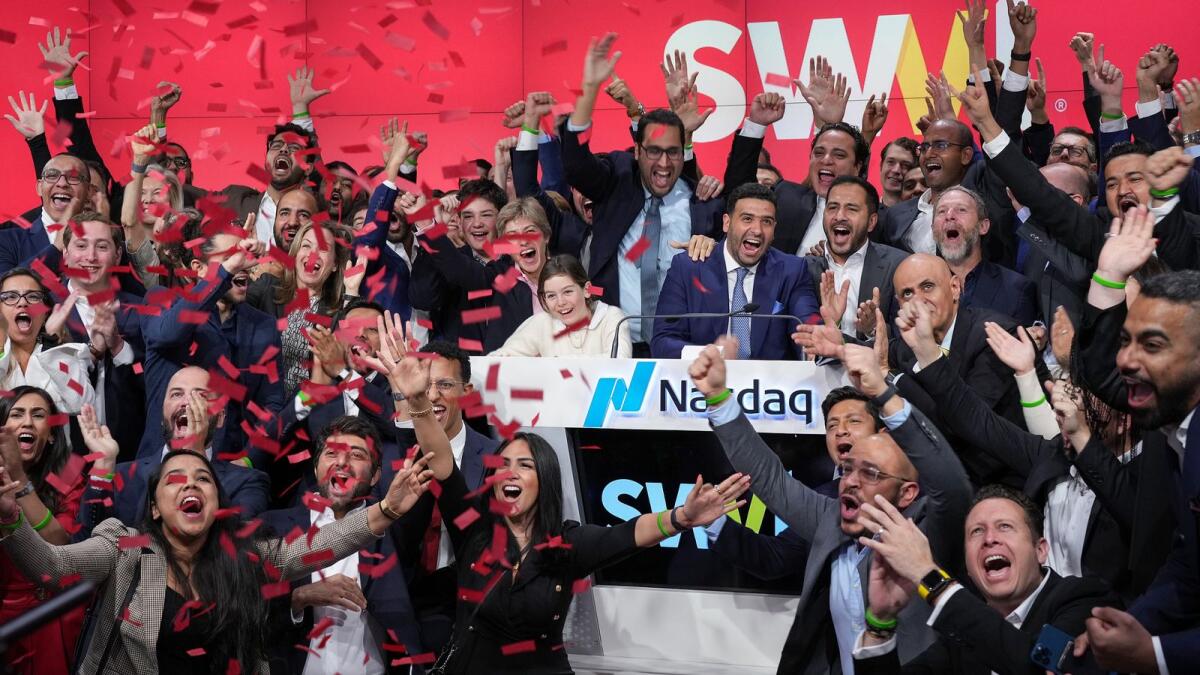 The combined company’s Class A common stock and warrants will continue to trade on the Nasdaq under the trading symbols “GMBT” and “GMBTW”, respectively, until today.

Mostafa Kandil, Founder and CEO of Swvl, said: “Completing our combination with Queen’s Gambit is an important milestone for Swvl and for sustainable public transport around the world. Mobility and the empowerment that comes with it should be a fundamental right for all. As a public company, we plan to build on Swvl’s exponential growth to date and its proprietary technology platform, ensuring underserved populations have access to safe, convenient and affordable solutions. In return, we will leverage our best-in-class team, established partnerships, and proprietary technology stack with differentiated solutions. »

The merged company changed its name to Swvl Holdings Corp. The combined company’s common stock and Class A warrants will continue to trade on the Nasdaq under the trading symbols “GMBT” and “GMBTW”, respectively, until today. Common stock and Class A warrants of Swvl Holdings Corp are expected to begin trading on the NASDAQ under the ticker symbols “SWVL” and “SWVLW,” respectively, from Friday.

Swvl received gross transaction proceeds of approximately $164.6 million from its expanded and fully committed PIPE of $111.5 million and the receipt of approximately $53.1 million in cash from the trust account of Queen’s Gambit, net of redemptions. In addition, subject to the satisfaction or waiver of certain closing conditions, following the closing of the business combination, Swvl will have access to additional capital through an additional $10.0 million PIPE commitment, which it expects to close in the second quarter of 2022, and a $471.9 million equity financing facility.

Victoria Grace, Founder and CEO of Queen’s Gambit Growth Capital and Board Member of Swvl Holdings Corp, said, “We are proud to partner with Swvl and are delighted to continue our relationship following the close of this business combination. capital enterprises. Since announcing our merger last year, Swvl has executed its business plan flawlessly. During this period, it has strategically expanded its market-leading presence in existing geographies in Africa and Asia, while expanding into other high-growth areas in Europe and Latin America through a combination organic launches and strategic mergers and acquisitions. With an established leadership position in key emerging markets and a market presence in over 100 cities in more than 20 countries across four continents, we believe Swvl will continue to capitalize on the truly global opportunity in the transit market. of $1 trillion with massive scale growth.

Swvl Holdings Corp has chosen Gbenga Oyebode to serve as a Class I director on the board of directors of Swvl Holding Corp and as a member of the audit committee. Oyebode, 62, is the co-founder and former chairman of Aluko & Oyebode, one of Nigeria’s largest law firms and currently sits on the boards of Nestlé Nigeria Plc, Lafarge Africa Plc, Socfinaf SA , Okomu Oil Palm Company and PZ Cussons. PLC of Nigeria.

Youssef Salem, Swvl CFO, said: “On behalf of the entire Swvl organization, we would like to thank our riders, captains, colleagues, investors and business partners for their trust and partnership. With clear strategic direction, a proven track record of execution and a proven business model, Swvl is poised to take the next step in its historic evolution. With our public currency and access to large pools of capital, we plan to leverage our recent expansions in Europe and Latin America, major acquisitions of majority stakes in Shotl, door2door and Viapool, and investments in the UK and Mexico, and to execute other strategic operations initiatives creating attractive value for investors and all stakeholders. » — [email protected]