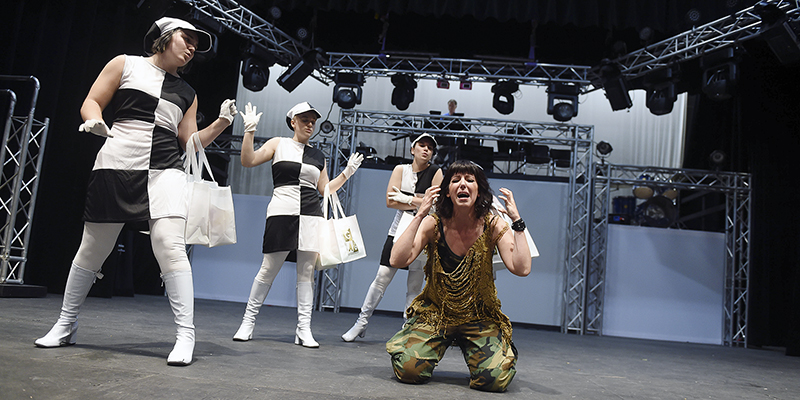 The Summerset Theater will open its 54th season with ‘We Will Rock You the Musical’, by Queen and Ben Elton.

The show, which will be performed at the Frank W. Bridges Theater on the campus of Riverland Community College, will begin at 7 p.m. Tuesday, June 21.

Featuring over 20 Queen hit songs including “Another One Bites the Dust”, “Bohemian Rhapsody”, “We Will Rock You”, “Somebody To Love”, “We Are the Champions” and “Crazy Little Thing Called Love”, “We Will Rock You” follows two revolutionaries as they attempt to save rock ‘n’ roll in a post -apocalyptic where musical instruments are forbidden the planet.

In an age where algorithms predict our every preference, “We Will Rock You” is a wild and unique musical for our times: a hymn to individuality.

“We are very excited to finally produce this show, which was originally scheduled for summer 2020,” said director Randal J. Forster. “We realize more than ever how much we need theater in our lives.”

“We will Rock You”

Music and lyrics by Queen

Story and screenplay by Ben Elton

Adult tickets $20, student tickets $12. Tickets available 24/7 at www.summersettheatre.org or at the door.

We Will Rock You The Musical by Queen & Ben Elton is presented under a special arrangement with Theatrical Rights Worldwide (TRW).

Paul McCartney at 80: A Glimpse into the Legendary Singer’s Career