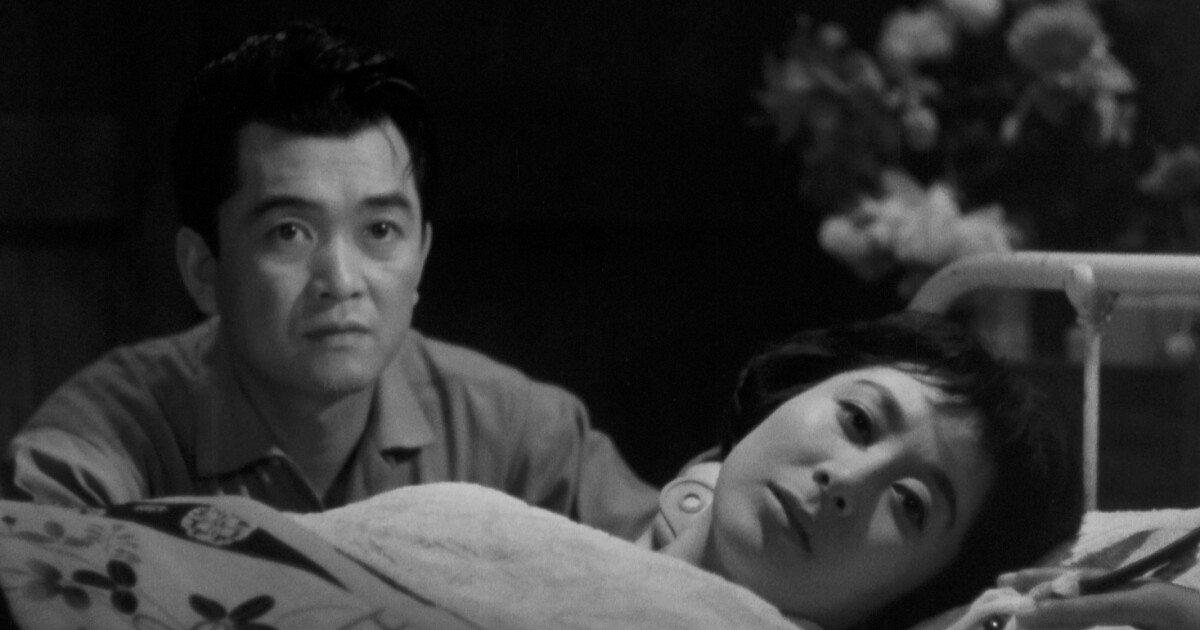 The 11th annual Pacific Arts Movement San Diego Asian Film Festival kicks off Thursday. It serves eight days of what it calls “fresh Asian cinema yesterday and today”. There will be more than two dozen films from around the world, from animation to documentary, from sci-fi to lush melodrama.

PacArts Art Director Brian Hu always manages to surprise me with something amazing. This year’s in-person spring showcase is no exception. The highlight for me is a quartet of films from a director I was completely unaware of, Kinuyo Tanaka, an actress who turned to directing.

“She acted in about 250 films. She was one of Japan’s greatest actresses from the silent period until the 1970s,” Hu said. “But there was a little anomaly in her career in the 1950s and 1960s, where she said, ‘Look, I want to direct.’ And everyone looked around and said, ‘wait, really?’ And there was a lot of resistance.”

She has only directed six films, but the four presented this weekend demonstrate an exquisite talent behind the camera and a delicate compassion for female characters too rarely seen on screen.

“At least one of them is a chilling masterpiece,” Hu insisted. “When I watched it, I thought, how can we think of 1950s Japanese cinema without a film like ‘Forever a Woman’, which is not only a high level of cinematic craftsmanship, but also one of the few movies I’ve ever seen from that era about breast cancer and not from a victimization perspective but like, if I have breast cancer, how does that affect- it my family? How does it affect my sexual desires? How do I reinvent myself in a scenario like this? And it’s still very powerful to watch.”

Tanaka’s films rival the lush, elegant melodrama of images of Hollywood women from directors such as Douglas Sirk and Max Ophüls. So do yourself a favor and check out this quartet of films for the Sunday Spotlight.

But what I also like about Hu’s lineup is that he can show the classy gems of Tanaka on Sundays, and then Monday give us Mystery Kung Fu Theater, which presents what some would consider low cinema. These movies just happen to have a mind-blowing ability to deliver action and are so much fun to watch when you’re with an audience and you can hear an entire theater gasp in awe at some of the choreography of fight.

“Asian cinema internationally is built on the reputation of martial arts films. For better or for worse, we associate Asian cinema with martial arts films. Before there was a festival of asian movie, martial arts movies used to be a kind of asian film festival, and you would see them in chinatown cinemas or on tv so we kind of pay homage to how asian cinema has gone global for start,” Hu said. “There’s something about these films that are themselves a legitimate form of expression and art. We have to think about how those filmmakers, choreographers, stunt performers who were ahead of the game, that the whole world let down when they saw the kind of intricate martial arts choreography that was on display in those movies.”

As the title of the program suggests, the films are a mystery and you just have to trust Hu to choose something that rocks. And so far, it hasn’t disappointed.

Hu said the film had a certain nostalgic appeal to him.

“I’m just thinking about it now because this idea of ​​Hong Kong cinema and this golden age of Hong Kong, it seems like it’s gone, isn’t it? Like Hong Kong cinema doesn’t is more what it used to be, especially now that it’s been so integrated into mainland China,” Hu said. “So this idea of ​​such a typically Hong Kong star, who sings in Cantonese and yet is still popular everywhere, you can understand why people are nostalgic for a figure like her. I love this movie because it allows me to relive some moments from that time and with Anita Mui who, not really a spoiler, but she dies at the end of the movie, and we can say goodbye not only to Mui , but to some version of Hong Kong.”

On Saturday, Spring Showcase takes a little detour from the movie to spotlight a book. “RISE: A Pop History of Asian America from the ’90s to Today” will be part of the first live panel at Showcase’s book event. Authors Phil Yu, Jeff Yang and Philip Wang will answer questions and sign books, which will be available for purchase from Asian American bookseller Comickaze Comics.

And streaming on Criterion Channel

And if you can’t attend the Spring Showcase, here’s another option for you. Hu curated a collection of films for the Criterion Channel titled “Asian American Filmmaking 2000-2009”.

“These are the films I watched at places like the San Diego Asian Film Festival during this decade and when I was a reporter covering the Asian American film scene in California,” Hu said. “These films are hard to find now. They’re less than 15 years old, and yet they’re as hard to find as a silent film. Some of the same momentum that makes me want to show the Kinuyo Tanaka films we give away’ t know about is the same reason I want to shine a light on Asian American cinema that isn’t even that old yet.”