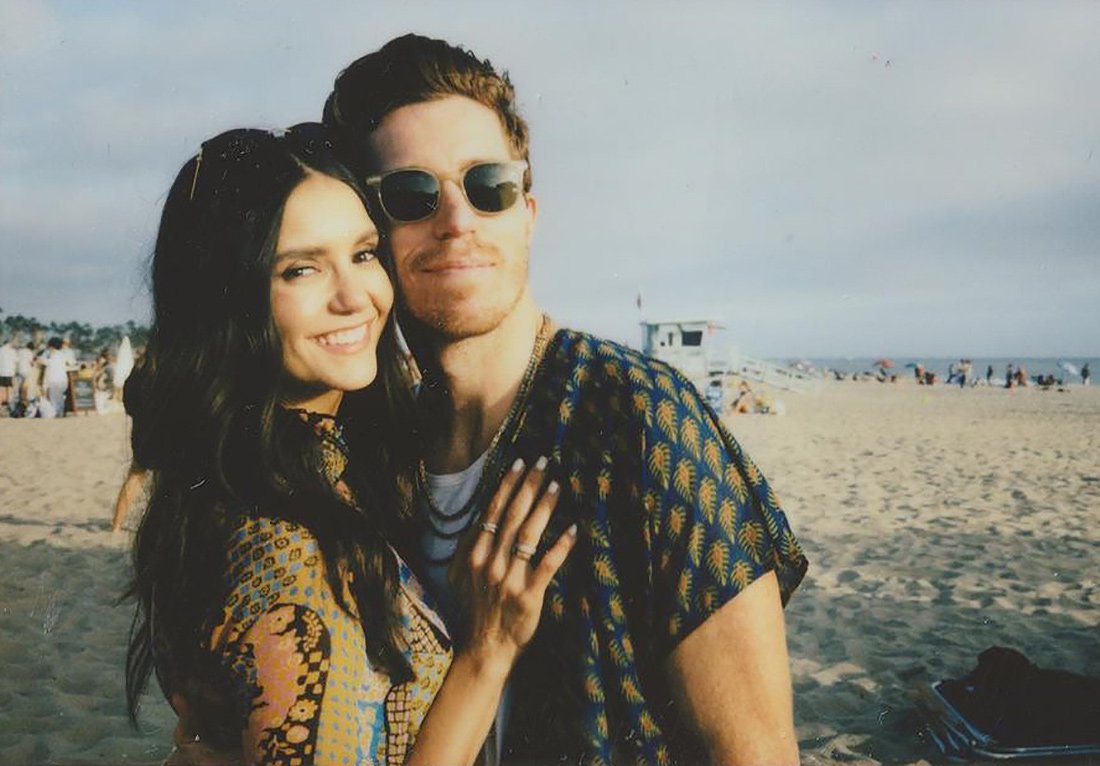 Legendary American snowboarder Shaun White has decided to hang up his gloves for good this year. The three-time Olympic gold medalist decided to retire from snowboarding after the Beijing Winter Olympics.

However, for Shaun, that meant no rest, as he would be handling multiple projects in the future. Nevertheless, it gives him more time to spend with his girlfriend of three years, popular actress Nina Dobrev.

In fact, since retiring, Shaun and Nina have been spending more time together, including vacations, events, and parties. Apparently, all that time together has also put ideas in Nina’s mind.

Shaun White recently enjoyed a few days vacation in Costa Rica with his girlfriend Nina Dobrev. The two shared several drool-worthy photos from their luxurious trip to the country.

Today, Nina posted another pair of images of herself with White on the beach. The images were heartwarming, with the couple warming themselves in the sand.

However, what caught the attention of fans was the caption that Nina wrote. “Damn, if this is retirement life, should I retire too?” the 33-year-old mused aloud.

Obviously, Nina Dobrev and Shaun White are excited to be able to spend more time together. After all, a world-class athlete and a Hollywood star’s schedules don’t leave much time for hobbies.

So, it makes sense that Nina would also consider quitting smoking, in order to relax and enjoy life more, especially with her beau. In fact, Shaun White even recently talked about considering tying the nuptial knot with Dobrev, discussing how they’re finally spending more time together.

White is proud of his Olympic achievements

In an interview with Kate Snow, Shaun White explained how, as an athlete, the competitor in him always wanted to achieve more. Nevertheless, he is happy to have won three Olympic gold medals in five Winter Olympics.

At the end of his career, White is proud and happy to have won three Olympic gold medals. Also, despite not being able to medal at the Beijing Winter Olympics, White was proud of his performance.

Speaking to Kate Snow, he expressed that he was grateful “just being there at that age and riding with those young competitors, almost on the podium”.

Poll: Which Linkin Park album is the best?