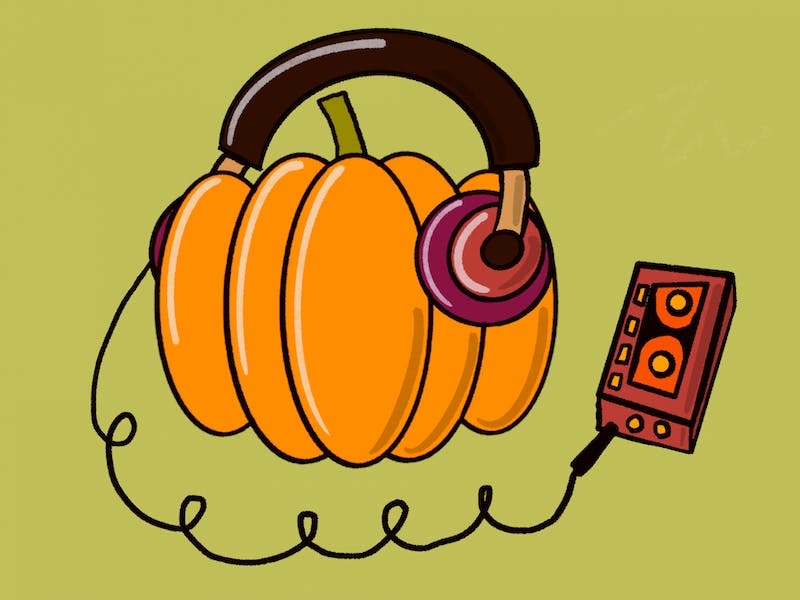 “Season of the Witch”: 8 tracks for your fall oldies playlist

Autumn is here, and as the leaves begin to change, images of beautiful reds, oranges and browns flood our minds. The weather is getting colder and we are starting to crave hot apple cider.

Nothing is more satisfying than pulling out the comfy cardigan that has been waiting for this time of year. â€œSeason of the Witchâ€ is upon us, and with all of these fall characteristics our music is influenced as well. Here are eight tracks that embody the feeling of falling:

“California Dreamin ‘” by The Mamas & the Papas

This folk song was meant for a stroll through College Green as the leaves change and colors cover the ground. It is personally one of my favorite fall tunes because the flute and guitar come together, creating a beautiful melody that makes you want to twirl.

Released in 1966, the lyrics create a dismal scene, as the first verse begins with “All the leaves are brown / And the sky is gray”. The listeners get the idea that the group is missing the warmth of the sun and that they are ready for the start of the cold. Knowing the Ohio weather, it will be fair to sing along and wish for sunnier days as we approach fall.

Stevie Nicks’ voice is mystical in this 1977 masterpiece. Imagine this: rain beating the windows, thunder falling and the occasional lightning lighting up the sky. The room is lit by candles and “Gold Dust Woman” begins to play. This song feels like it should be howling through a thunderstorm as the drums ramp up and unite with the constant banging of the guitar. Listening to this tune, it would be fair if we dress in flowing lace garments like the legend himself, Nicks, does so well. “Rock on, former queen / Follow those who fade in your shadow” is my favorite line. It empowers and can make listeners feel like they are embraced by the â€œwitch aestheticâ€.

The instrumental opening of this piece is magical, and the essence of this song “affirmed the band’s passage from a relaxed country-tinged pop group to major players in the rock & roll fast lane” according to Rolling stone. Glenn Frey, lead singer of The Eagles and co-author of this song, includes grim images as he sings “We’re all just prisoners here of our own device” and ends with “They’ve gathered for the feast. / They stab him with their steel knives / But they just can’t kill the beast. The spooky atmosphere this song brings is too good not to play on a nighttime stroll in Athens.

One of Fleetwood Mac’s most popular hits is “Rhiannon”. Nicks wrote the song around Halloween and made the mythical character of “Rhiannon” come to life. This song was meant for sunny autumn days. Get out your roller skates or take a walk on the bike path. This song is sure to brighten up any mood.

Donovan’s “Season of the Witch”

It will be my hymn for the entire month of October. Donovan created this supernatural folk song that brings a scary sound. He sings about how strange things happen and knows it “Must be the season of the witch. These spooky words will get you into the Halloween spirit as the season approaches.

Yeah, another Fleetwood Mac song, but how could I not? It has some of the biggest hits, which are too perfect for the fall weather. The harmonizing and instrumental voices of “The Chain” make it a must. Playing this song while exploring The Ridges should be added to your fall bucket list, as the melody will heighten the already supernatural feeling of the Old Asylum.

“The Werewolves of London” by Warren Zevon

â€œAh-hoo, the werewolves of Londonâ€ is a great soundtrack for hiking in the woods of Hocking Hills State Park. Who wouldn’t want the image of werewolves and the sound of howls while walking. It adds a special weirdness to the surroundings (just make sure you go in daylight). This catchy tune always gets everyone singing, and listeners can’t help but scream along with Warren Zevon.

The queen of the phrase “witch woman”, Nicks wrote this song that embodies the idea of freedom and fearlessness. She is nostalgic in this song, as it references her past while also explaining how free she has become because of it. The fun, bouncy melody of this piece is uplifting and should be played whenever a pick-me-up is needed. Nicks’ style, songs and influential values â€‹â€‹will never be forgotten, for his whimsical spirit will always live on.