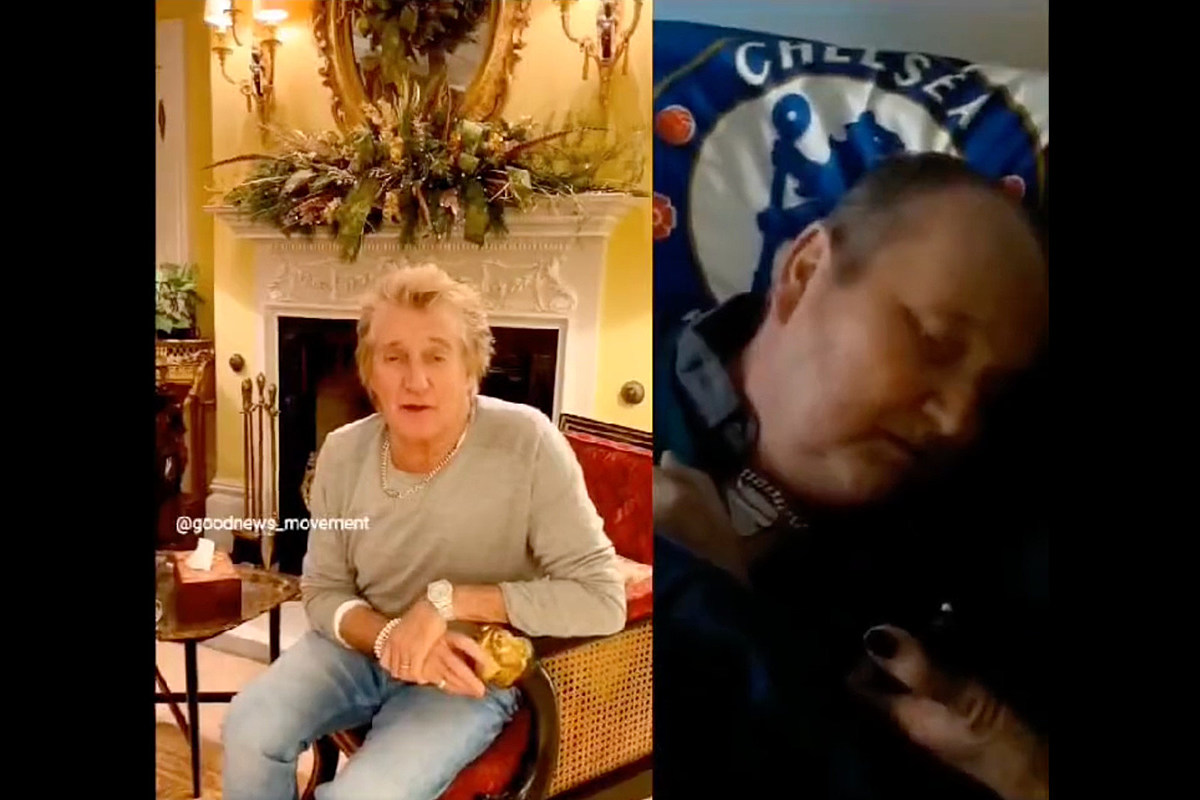 Rod Stewart sang an excerpt from his 1977 hit “You’re in My Heart (The Final Acclaim)” in a surprise video recorded for a man battling brain cancer.

The music video (titled “Sir Rod Stewart Gives A Man’s Last Wish – Sings Him His Favorite Song”) was tweeted Saturday (December 11) by Good News Movement. It opens with a short message from the singer: “Gary, this is Rod Stewart here, from London, England, where it’s freezing cold. I heard that you are not healthy right now, and I also heard that you are a huge fan of me too, so I would like to do this little song for you.

Stewart then sings the song’s a cappella chorus, ending with a “Merry Christmas” and on-camera kisses.

The split-screen video, available below, shows the singer on one side and Gary on the other. After the performance, a voice – said to be Gary’s sister – asks, “He kissed you.” What do you think about that? ”Gary replies“ Wow ”and, later,“ Brilliant, ”offering a thumbs-up nod.

In a caption, Good News Movement explained how the touching gesture unfolded. “Sir Rod Stewart surprises and sings for Gary, a fan whose beloved niece Jenna did everything to reach the British star, all for his uncle with brain cancer,” they explained. “Good News Movement was honored to connect with Rod’s family who immediately told us ‘consider it’s done.'”

“They sent this video which was shown to Gary by his sister (heard on this video) and his wife (filming),” the note continued. “Gary’s family say this is the most Gary has talked about and are extremely grateful to the Stewart family.”

From AC / DC to ZZ Top, from ‘Bridge Over Troubled Water’ to ‘London Calling’, they’re all there.