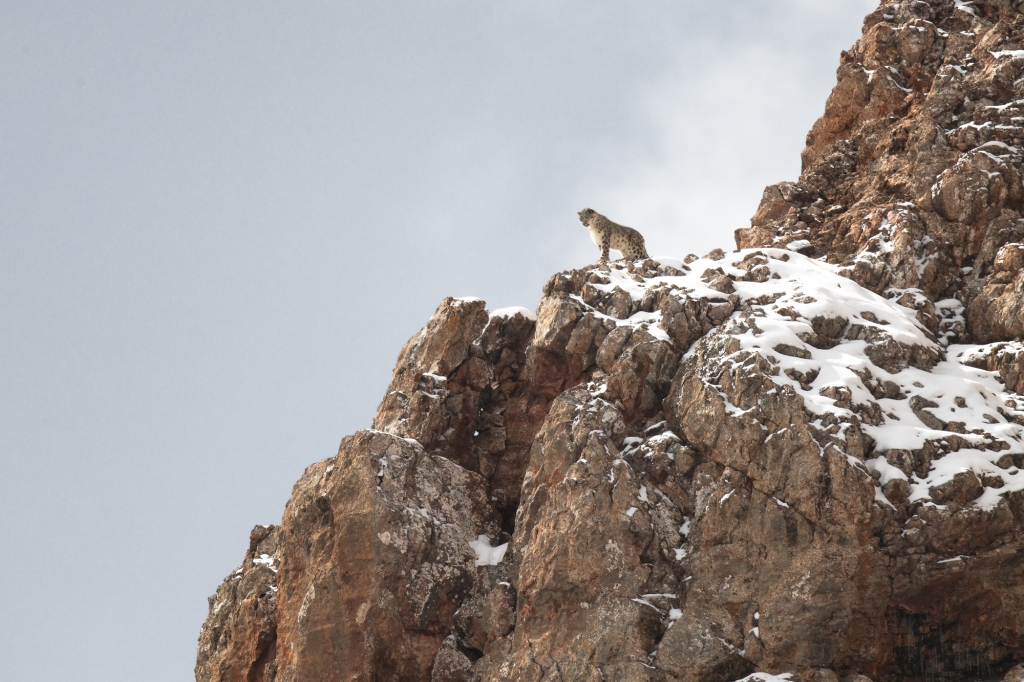 Slender and slender figure in spotted silvery blond, the snow leopard is one of the great haughty glamazons of the animal kingdom – a status aptly recognized in the English title of “The Velvet Queen”, the unexpected pretty screen of French docmaker Marie Amiguet ode to the little-seen feline. (The original French title is rather more prosaic “La panthère des neiges.”) However, if the title implies the naturalistic equivalent of the cult of the diva, the film’s approach surprises us, focusing less on the hairy glare of the snow leopard in its natural Tibetan. habitat than on the very act of looking at nature in the first place. Joining two compatriots – leading wildlife photographer Vincent Munier and adventurer Sylvain Tesson – on an arduous hike to spot the beast, the doc thinks thoughtfully about the conflicting nature of a one-sided relationship between observer and observed.

More arthouse than Animal Planet, with a little atmospheric score by Nick Cave and Warren Ellis, this next Oscilloscope release (which premiered in Cannes’ new eco-conscious program) should find a dedicated audience without becoming a “My Octopus Teacher” level Phenomenon. It is suspected that his distant subject will not care. Man, after all, is the primary reason the queen in question has become so elusive, as poaching and environmental destruction has reduced the Asian snow leopard population to critically endangered levels. And with the man, in turn, having subsequently granted him some sort of mythical status for this rarity, “The Velvet Queen” tacitly wonders what the cat owes to its human admirers.

It is this ironic and self-effacing consciousness that lends an endearing chimerical air to the quest of Munier and Tesson, and that separates the film from the nature documentaries more clearly focused on the spectacle of its ilk. On the one hand, Amiguet – a first-time director who has already shot the 2016 wolf-themed, wolf-focused documentary ‘The Valley of the Wolves’ – has little interest in the iridescent and awe-inspiring aesthetic gloss so popular in his genre. There is no magical varnish applied to the incredibly rugged taupe-hued landscapes of the Tibetan highlands, the considerable beauty of which nevertheless does not require framing.

Rather, it is a seemingly barren landscape that demands patience on the viewer’s part, its multiple life forms revealing themselves slowly and subtly, often in clever camouflage. Munier and Shard learn as much, as their repeatedly frustrated journey to find the Snow Leopard yields further discoveries and points of fascination along the way, provided they adapt to the rhythm of their surroundings. “It was a prayer to wait,” observes Munier, in a sometimes eccentrically abstract voice-over that he co-wrote with the director. “If nothing came, we just hadn’t examined it properly. “

And so, audiences learn to look the same, reveling in other sights, sounds, and life forms not foretold by the title, as the eponymous monarch keeps us waiting. A lingering gaze on a Tibetan antelope, or a more fleeting gaze on the supple and eternally scowling Tibetan fox, is its own reward; even a tiny orange-breasted lark becomes majestic under the collective gaze of the filmmakers, who gradually drink in an entire ecosystem. Humanity is not entirely neglectful either, as Munier and Tesson’s relationships with the locals – adults and children alike, who do not otiate their native fauna in the same way – represent some of the most important elements. more spiritual of the film.

But what about the leopard? After several near-accidents and cold tracks, our explorers are beginning to accept that he may have escaped them. “Not everything was created for the human eye,” says Munier. That would be a take-away point from the exercise, although “The Velvet Queen” isn’t so stark or perverted that it keeps us from shutting down, and with a first glimpse of a tail cowering shyly behind a rock formation, the fat cat finally gets the input of a real screen siren. She’s gorgeous, sure, but at that point, she’s part of her weird and alluring surroundings. Amiguet’s elegant and unusual documentary shifts the role of the game watcher from that of a nonviolent hunter – in pursuit of a prized target – to a passive but duly open-minded observer, accepting but also appreciating the limits of our access.