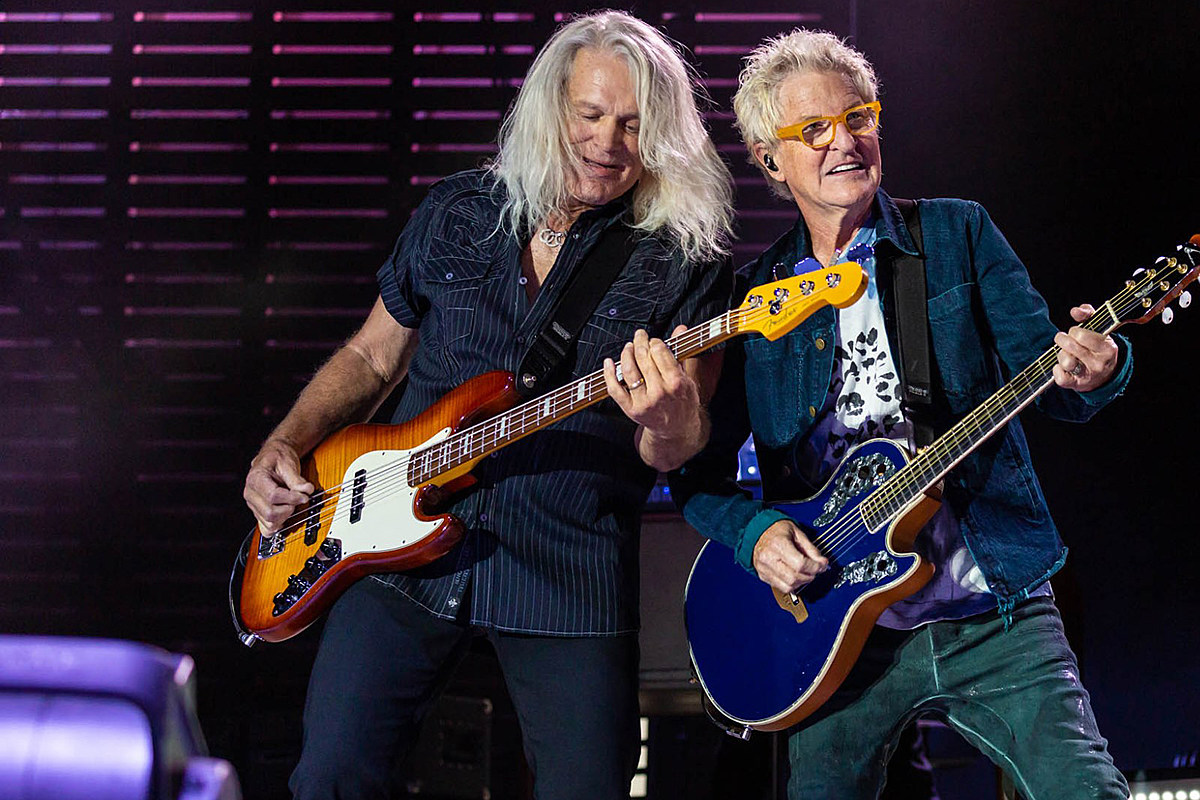 REO Speedwagon went through more than a year of change, overcame the long pandemic, and finally returned to the stage. Being able to come back there and â€œjust kick that assâ€ again was a great feeling, said REO singer-songwriter Kevin Cronin.

But they also went through a number of emotional moments. Among them, a sense of celebration hung in the air as they performed through some of Cronin’s early collaborations of the early ’70s with the late REO guitarist Gary Richrath, who died in 2015.

It had been almost 16 months since the group’s last performance in Effingham, Ill. On March 13, 2020 – and you could argue that is too long. For their return to action, the band, themselves Illinois-born in Champaign, returned to the state for a concert (July 1) in Aurora at RiverEdge Park.

Putting a little more “icing on the cake”, the members of REO received a festive key to the city in the wings.

Like the group current tour We moved on to Cedar Rapids, Ia., Took a moment to catch up with Cronin and find out how their first show went.

After a pandemic year, tell me about the experience of going back on stage for the first time. How was it different from what you got used to in the past?

Well, it was different in almost every way it could be. The things that came on like second nature, like packing my suitcase and all – I walked into my dressing room and looked at my wardrobe and I thought, â€œI knew every t-shirt! You know, “This one matches in a way.” I was like a fish out of water. Fortunately, we had the foresight to book the Thousand Oaks Civic Plaza theater for a few weeks. We loaded up there and were able to rehearse in a real venue. We don’t do that normally. Normally we rehearse in a rehearsal room in Los Angeles. We thought it had been so long since we had been on stage that it would be a good idea to rehearse on a real stage. We did two full weeks of rehearsal. This is the most we have repeated in 30 years. [laughs] But it was really a good thing that we did, and it paid off last night in Aurora.

With your history in Illinois, it must have been special for you to do the first show in Aurora.

It was unbelievable. You know, it was a sold-out, outdoor show with about 7,000 people. Just strapping on a guitar and taking the stage for the first time, the reaction from Illinois rock fans was indescribable. I had so many emotions going through me. I was grateful that we were able to make a comeback as we did. The reaction of the crowd, they were so happy to be there. The truth was, none of us, the band, the team or the audience, had done this since last March. I think everyone was just happy to be back. Live music is actually something I didn’t know when she was coming back. It seemed like it was so far in the future. And then suddenly it was there, man. We were there. We knew it would be like riding a bike or falling off a bike. Usually we stood on the bike for most of the show last night!

Watch REO Speedwagon perform “Roll with the Changes” in Aurora on July 1, 2021

What was your favorite part of the night?

As a band, we’ve been on tour for so long that this free time kind of gave us the opportunity to hit the reset button in a certain way. If you’re lucky enough to have hits like we did, your setlist starts to get pretty hit-centric. Because that’s what the majority of the public comes to see. But the Foo Fighters played a gig in my hometown of Thousand Oaks at a club owned by a friend of mine. I am friendly with Dave [Grohl] and Taylor [Hawkins], so I went out and heard the Foo Fighters play. It was really great. You know, it’s a great group.

But when I saw them play it reminded me of the REO Speedwagon from the 70s. Because that’s the kind of band we were when we first started. It inspired me to go back to the years 1972-1973 [period] during my first time in the band and look for some of the songs from that era. Last night my favorite part of the set was going through this 20 minute segment of songs that we recorded when I was in my 20s. The fact that we were able to get up there and just kick some butt last night, that was really good.

I’m looking at the setlist now, and you’ve released some really vintage stuff. Anytime you get the chance to hear “Son of a Poor Man” or whatever, it’s great.

“Son of a Poor Man”, this song, is the spirit of Gary Richrath. He wrote this song, and he was a poor man’s son. Playing this song just brings her mind back to life. These three songs – we do “Son of a Poor Man”, “Golden Country” and “Like You Do” back to back – these are songs that Gary and I worked on together in the studio. You know his guitar playing on “Golden Country” alone, that wah wah work he did was just right [incredible]. I don’t want to take anything away from Dave Amato because Dave has been with us for over 30 years now and he’s amazing, just a great guy and a great player. You know, the thing with Gary is that he was one of the first real guitar heroes. He had made her grow up at the time. It’s frustrating to me that Gary isn’t a more important part of the conversation when you talk about the great classic rock guitarists of all time. He deserves to be up there with the others. He was underrated, but it’s just great to play this music and bring him back to life while we play.

How did it go for you during the pandemic?

I had the chance to reconnect with my family. My three children had moved into apartments. Two were students and one was working. My daughter’s office closed, so she was working remotely. My two boys, their campus closed, so it was a bit silly for them to have apartments. Everyone has moved home. So I spent a year and a half with my family, the most time I have spent with them in our life. It is therefore a bond that will remain forever. I feel great sorrow for the families who have struggled so hard over the past year and a half and for all those who have lost a loved one. I can’t even imagine your pain, and I know a lot of people have struggled financially. Hopefully people get back to work as the country opens up again.

We’ll be coming to your town soon to bring uplifting rock and roll music to you, and that’s what REO Speedwagon is all about. We’ve always been, you know, getting out of the storm, keep pushing, keep up with the changes – that’s kind of our thing. So come back after all that free time and be back up there doing what we love to do, share our music – you know, it’s about time, and I think it’s safe.

We always have to be careful, obviously, but we had about 7,000 people last night just going crazy, swaying and rolling and smiling. It was a feast of love. So that’s what we’ll be bringing to towns and cities across the country over the next six months, and I hope we’ll see you all there!