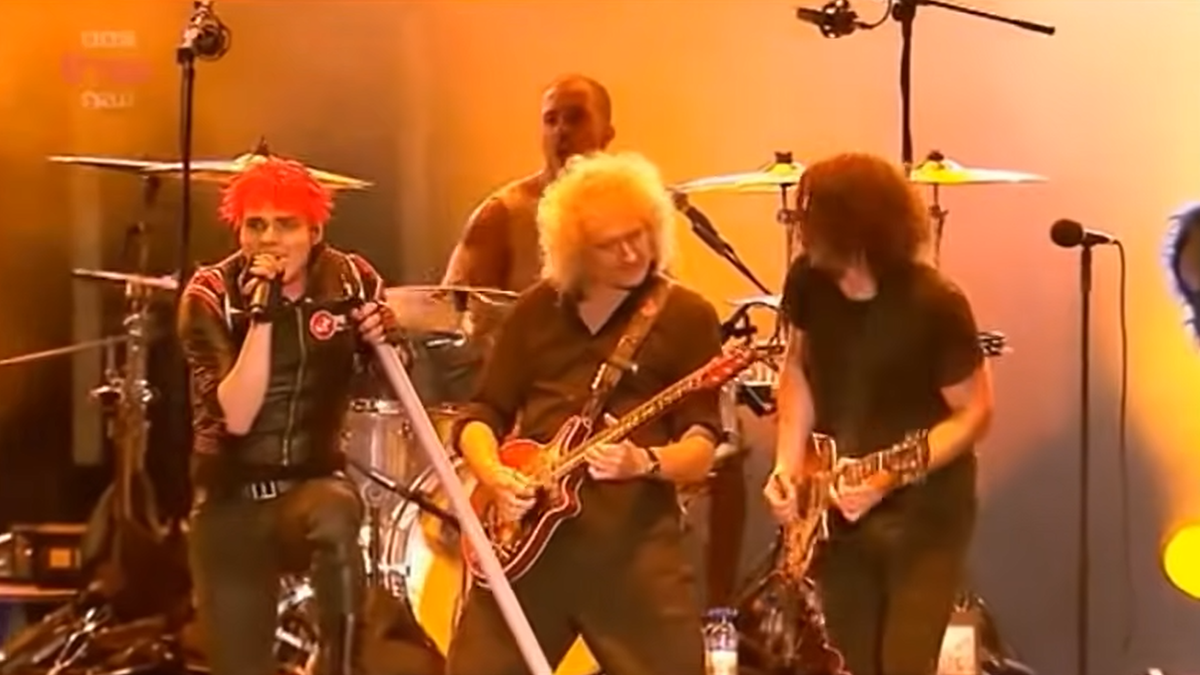 We’re in the final hours now until My Chemical Romance’s highly anticipated and much-postponed reunion tour kicks into action in the UK, and we’re giddy with excitement. So much so that we watch old performance footage of our skeleton costumed heroes, before they disbanded in 2013.

One gig in particular caught our attention and that was the emo kings’ headline performance at the Reading Festival in 2011. As well as playing an amazing show full of top notch MCR bangers including I’m not fine, Na Na Na and famous last words, a totally unexpected moment happened when the New Jersey rockers brought in Brian May from Queen to play alongside them for the encore set.

Taking place on the Friday of the festival weekend, August 26, the iconic collaboration saw May arrive on stage to perform Queen’s we will Rock You and MCR Welcome to the black parade.

During this final performance, May seems absolutely thrilled to cover the MCR classic, and it looks like he’s having the time of his life when the song kicks into full swing. Seeing the legendary Queen guitarist in any capacity is always a treat, but seeing May collaborate with My Chemical Romance is honestly our own multiverse of madness. What a crossing!

Although it’s traditional for Reading/Leeds Festival headliners to bring in a guest for a song or two, we can’t imagine many people would have imagined that MCR would be accompanied by such a legend, even if we assume it has something to do with the fact that the guitar on Welcome to the Black Parade sounds largely inspired by May.

Speaking about learning the song before the performance, May said at the time: “It’s one thing to play along to a tune at home and just about ‘understand’ it. It’s another to be prepared enough to stand up and do it in front of 120,000 people at a mud festival!”

About his love for My Chemical Romance, he added, “The boys of Chem [are] nicest bunch of guys you could ever meet. Dedicated, inspired, modest, grateful, caring and with all the crackling electricity of a touring unit just reaching a pinnacle of perfection.”

Check out the performance below:

The band kick off their UK tour in Cornwall tonight, May 16.

Summerset will open its 54th season with ‘We Will Rock You’ –…