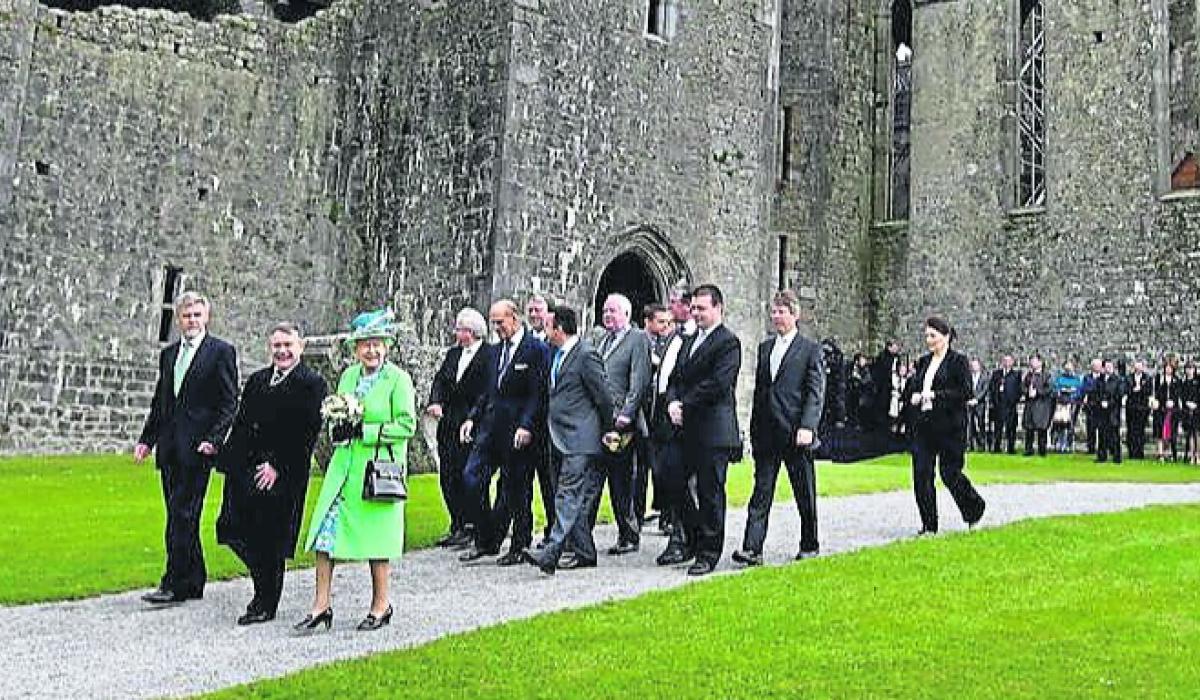 The death of the Queen of England, Elizabeth II last week, after a reign of more than 70 years, brought back memories in this part of the world of her royal visit to the Rock of Cashel on Friday May 20, 2011.

A wet and cloudy morning miraculously cleared and the sun came out as the helicopter carrying the 85-year-old Queen and the Duke of Edinburgh landed on the grounds of Hoare Abbey.

The Queen, in front of representatives of the world press, including our very own Aileen Hahesy, and finely selected dignitaries, was welcomed to the Rock by the Mayor of Cashel, Cllr Michael Browne.

Bravely, the Sinn Féin mayor had challenged his party to salute the British monarch on behalf of the people of his home town. It was a groundbreaking and seminal handshake for which the late councillor, who was then seriously ill with cancer, was widely praised and is now fondly remembered.

Security around Cashel, well before and during the royal visit, was colossal with around 600 gardaí on duty from across the country. Gardaí had also been posted around the Rock the night before the visit.

Many tributes were paid to the residents and businesses of Cashel as well as the staff of the City Council and County Council for the magnificent efforts made to ensure that the postcard of the town was perfect for the visit of the Queen and the Prince Philip.

The images of the iconic Rock with the royal party were broadcast around the world, which later became a huge boost for local tourism.

During the visit, the Queen and the royal entourage viewed the imposing 12th-century High Cross of St Patrick and the conservation work undertaken at the oldest part of the site, Cormac’s Chapel, which dates from 1134.

The final part of the Queen and Duke of Edinburgh’s visit to the Rock was to meet Cashel site guides and six students from Cashel Community School, Patrick Walsh, Saoirse Fitzgerald, Christopher Bowes, Robert Anglim, Elizabeth Ryan and Grainne Ryan.

The Queen then left for the famous Coolmore Stud near Killenaule.

Timothée Chalamet finally reveals which Hollywood actor advised him to stay away from drugs and superhero movies, guesses?

TIFF: “Carry It On” is a tribute to the life of Canadian-American Indigenous singer-songwriter Buffy Sainte-Marie | India is blooming