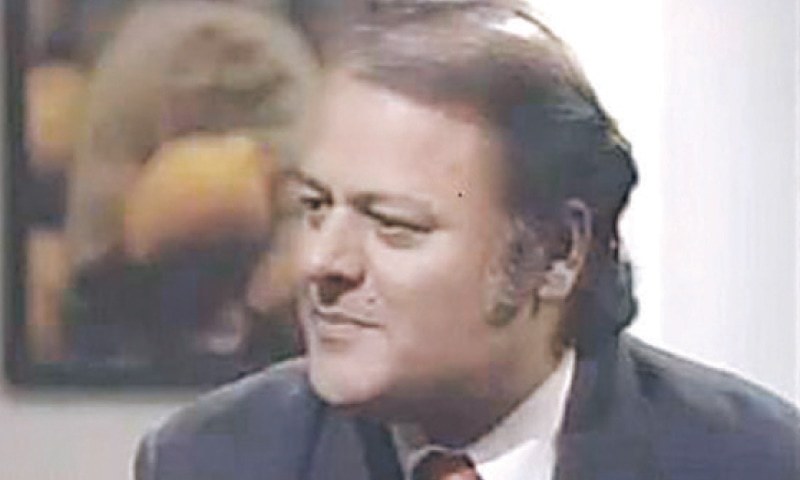 Popular erstwhile TV actor Talat Iqbal has died in US

LAHORE: Considered one of the most stylish TV actors of his time, Talat Iqbal died in the United States on Friday.

Star of several memorable PTV plays, Iqbal suffered from multiple ailments and the recent death of his daughter Sarah had shaken him. He was on a ventilator in a hospital.

Iqbal and his wife Sumbal, also a renowned actress, were an extremely popular couple on and off screen. Born in Karachi, the actor started his career with Radio Pakistan in 1968. He then moved on to the mini-screen and starred in unforgettable PTV dramas such as Shikast-i-Aarzu, Do Dooni Paanch, Aakhri Chataan, Aabgeenay, Kaif-i- Baharan, Karvaan and Ab Dekh Khuda Kya Karta Hai. He played key roles in several dramas in the 1970s and 1980s and starred in numerous films.

Talat has worked in many unforgettable dramas

The popular actor moved to Dallas, Texas with his family in 1999, but continued to visit Pakistan frequently. The recent death of his daughter, Sarah, had left him in a state of shock and had significantly affected his health. Earlier in 2014, he lost his wife to cancer.

Punjab Culture Minister Khayal Ahmed Kastro expressed his sorrow over the death of the actor and sent his condolences to the bereaved family. In his message, the minister described Talat Iqbal as an exceptional actor whose fans have not forgotten his dramas even today.

The Chief Minister of Punjab, Usman Buzdar, also expressed his condolences to the family. “Talat Iqbal was a versatile and experienced actor,” commented the CM.

Social networks were also full of messages of condolence for the late actor. Former producer Ayub Khawar recalled when he worked as an associate with PTV producer Qasim Jalali and Iqbal was a wonderful addition to the acting fraternity.

He was also popular among his peers because of his pleasant nature and smiley face.