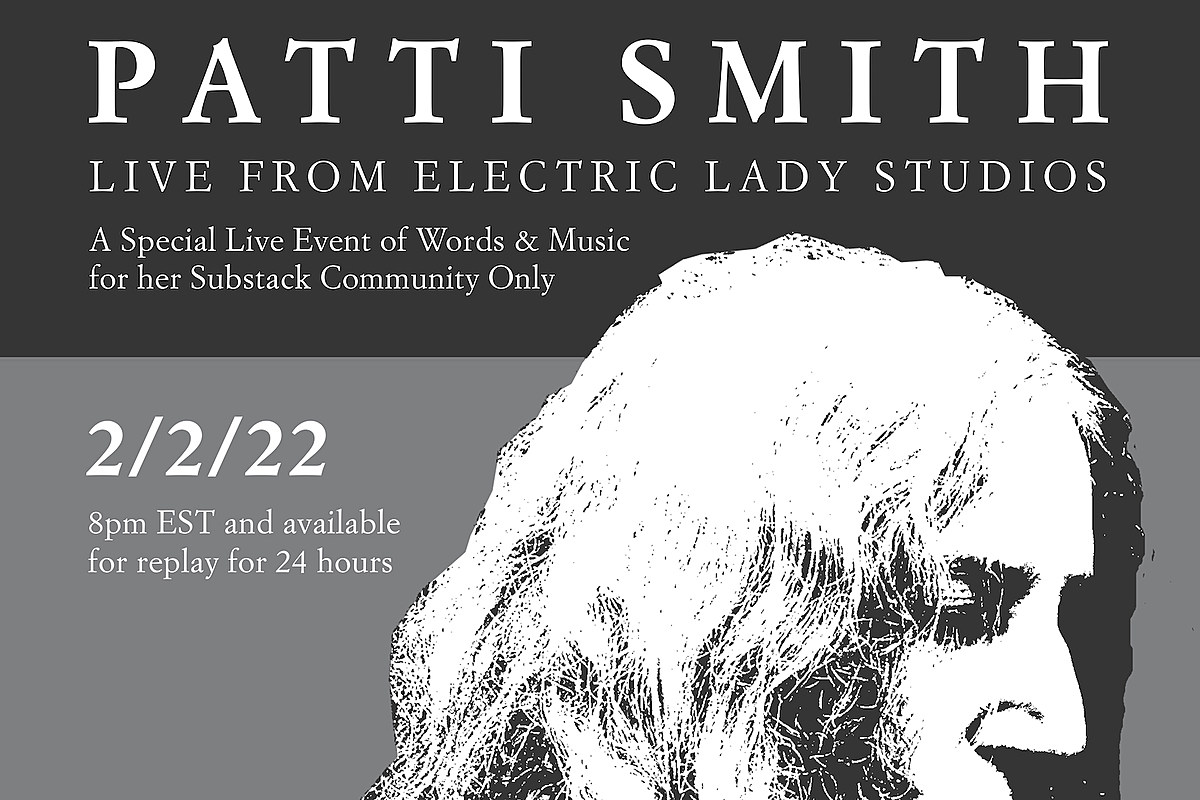 Patti Smith will host a live show for her Substack newsletter subscribers that will air from Electric Lady Studios in New York City on February 2.

The singer-songwriter will be joined by two of her longtime collaborators, Lenny Kaye and Tony Shanahan, for a “special evening of music, readings and conversation”. Prior to the event, which kicks off at 8 p.m. ET, viewers will be emailed a link with instructions to access the stream. Fans will be able to request songs and plays, as well as access a replay of the show for 24 hours after the airing.

“I’ve never done this before,” Smith said in a promotional video for the event. “It’s an experience.”

Smith launched her Substack account last spring and has since shared various selections of poetry, music, and audio and video notes on the platform. The singer also presented her first longer serialized work cast iron on the sub-stack. The project is coming to an end with 40 installments. As a press release describes, cast iron “started as his private pandemic diary”, but has since taken “a turn down an unexpected path, with science fiction elements and links to the climate crisis”.

Last December, Smith and his band were scheduled to perform several live shows, including a special concert at the Capitol Theater just outside New York to celebrate Smith’s 75th birthday. But they were forced to postpone performances due to rising coronavirus cases. Smith will return to live performances on February 22 in Brooklyn; his anniversary concert has been postponed to February 24. “I was looking forward to all of them, and I couldn’t wait to turn 75 with you,” Smith said in an Instagram video. “But I will still be 75 in February, and that in itself is a bit of an accomplishment.”

For more information about the upcoming Electric Lady livestream and the chance to attend, subscribe to Smith’s Substack before February 2.

From AC/DC to ZZ Top, from “Bridge Over Troubled Water” to “London Calling”, they are all there.