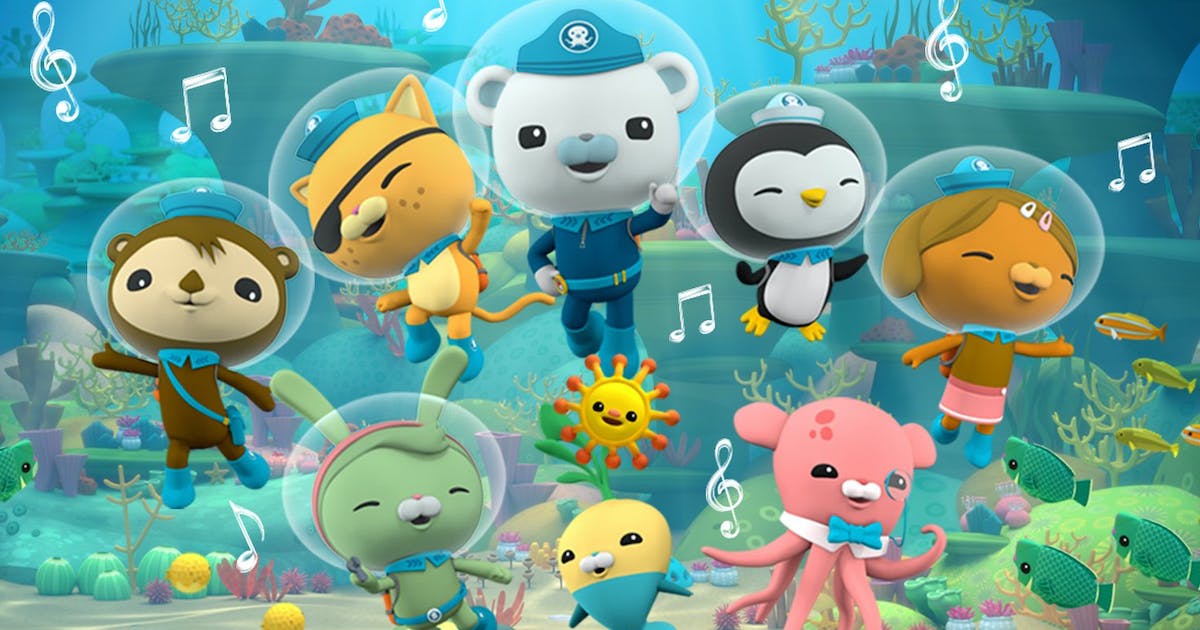 Our Best of Friday: “Octonauts” at the Mall of America, Billie Eilish, “Orlando”, Mitski and more

Billie Eilish
The 20-year-old pop phenom who swept the Grammy Awards assured us with her aptly titled sophomore 2021 album that she was “Happier Than Ever.” Not only is she a savvy bedroom recording artist who taps into the zeitgeist of young foreigners and the mainstream, but she’s a confident and delightfully eccentric performer with jaw-dropping contagion and minimalist aspirations. Along with electrifying electro-pop treats like “Bad Guy,” expect acoustic numbers, a boom lift to ferry Eilish to the cheap seats and, of course, her brother/collaborator/producer Finneas supporting her on various implements. The LA rapper Duckwrth opens. (7:30 p.m. Tue., Xcel Energy Center, St. Paul, $150-$500, ticketmaster.com)
JON BREMEN

‘Octonauts: Gup’s Great Rescue’
Netflix’s cartoon aquatic heroes are now at Sea Life, Minnesota’s largest aquarium. This temporary exhibition invites visitors to join forces with Captain Barnacles to solve challenges, find missing gups (underwater vehicles) and claim a reward to become an octo-agent. Discover a variety of sea creatures, design your own gup for the display wall and take a selfie during the “FINtastic” photo shoot. On certain dates, families can meet and take pictures with Captain Barnacles or Kwazii. (Daily 10 a.m. to 7 p.m. through April 18. $19.99 to $22.99. Mall of America, Bloomington. visitsealife.com)
MELISSA WALKER

‘Orlando’
Better known as a novel by Virginia Woolf and a film that made Tilda Swinton a star, “Orlando” is also a play by Sarah Ruhl, which is produced by Theater Pro Rata. In all three, the lead role is a shape-shifting woman who somehow lives from the Elizabethan era to almost the present day, embodying and commenting on each generation she is forced to adapt to. . (7:30 p.m. Saturday through Monday through March 27. Crane Theater, 2303 NE. Kennedy St., Mpls., $16-$61, theatreprorata.org)
CHRIS HEWITT

Mitsky
With help from Minnesota songwriting vet Dan Wilson on his current hit song “The Only Heartbreaker” the Japanese-born, New York-trained synth-pop singer flirts with Top 40 stardom without sacrificing her inventive sounds and often dark, anxious lyrics. She performed most of her sixth and final album, ‘Laurel Hell’, on a theatrical tour of the United States ahead of a summer of festival dates including Glastonbury and Pitchfork. (8 p.m. Monday, Palace Theatre, 17 W. 7th Place, St. Paul, sold out except resale, axs.com)
CHRIS RIEMENSCHNEIDER

‘Compartment No. 6’
Finland’s submission for the International Feature Film Oscar didn’t make the final five, but it should have. It’s a sneaky gem that begins when a Scholar boards a train and finds she’s sharing her compartment with a rude miner. Forced to share close quarters for a few days, they develop a surprising bond in a film that shows that seeing ourselves through strangers’ eyes can teach us a lot. (Opening Friday at Lagoon Cinema, Mpls., landmarktheatres.com)
CH

Vänskä conducts Mahler
Gustav Mahler’s Ninth Symphony is perhaps the quintessential work of art ever created about death. Not death, but dying. Osmo Vänskä and the Minnesota Orchestra are gearing up to record a work that conductors say ranks among a handful of the greatest symphonies in history. But not before three performances next week that will accompany January’s Sibelius Festival as destination concerts in Vänskä’s final season as musical director. The 90-minute Ninth is the only work on the program. (11 a.m. Mar. 17, 8 p.m. Mar. 18-19, Orchestra Hall, 1111 Nicollet Mall, Mpls., $30-$104, 612-371-5656 or www.minnesotaorchestra.org)
ROB HUBBARD

“Merge in March”
The series that pairs artists for an evening of shared performance will feature a community-driven movement artist and a spoken word artist. Herb Johnson III and Shanice Mason, aka Lieutenant Sunnie, will address the issue of joy in a piece called “Like a Leaf”. Both Johnson and Mason contributed music, along with DJ Mickey Breeze & London and DJ Ryan Hayes. (7:30 p.m. Saturday, 2 p.m. Sunday, Cowles Center, 528 Hennepin Av. S., Mpls., $30, 612-206-3600, thecowlescenter.org)
SHEILA REGAN

Tank and the Bangas
Nominated for the Grammy Awards for Best New Artist in 2020, this group’s lead singer, Tarriona “Tank” Ball, is a cheerful force of modern New Orleans soul. Preparing to release their third album, “Red Balloon,” in May, the quartet introduced the project with “No ID,” a light and funky track about deepening a relationship, and “Black Folk,” a jazz and -oral celebration of black culture that resembles a family reunion in the park and large Sunday hats with ribbons. Opening is Cory Henry, the former Snarky Puppy keyboardist who collaborated with Kanye West. (8 p.m. Fri., Varsity Theater, 1308 SE. 4th St., Mpls., $25-$42.50, livenation.com)
J.B.