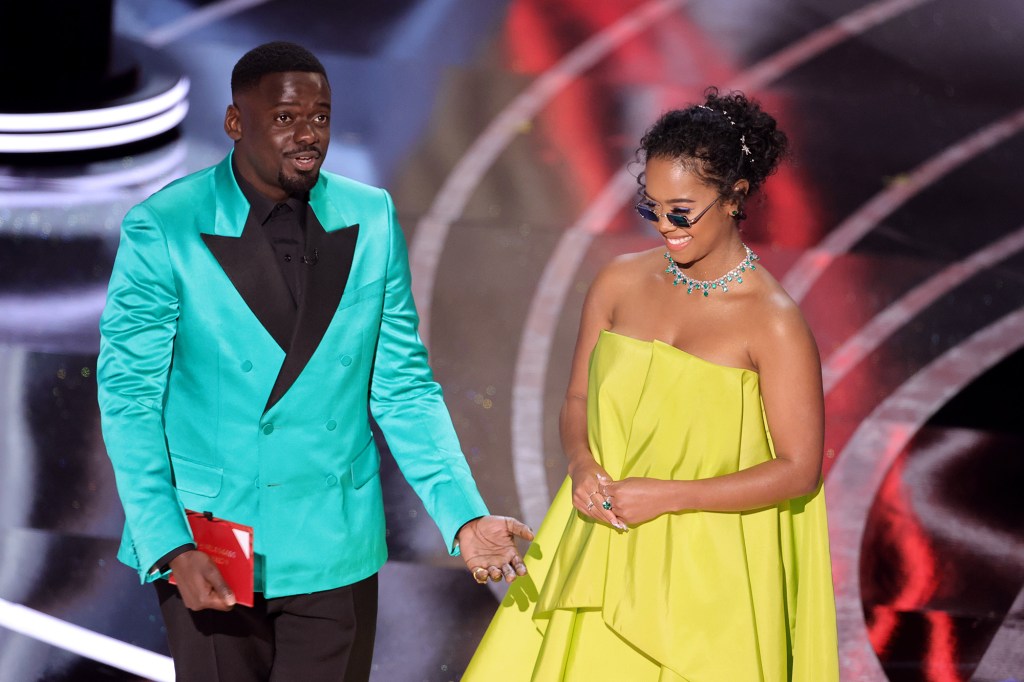 As Will Smith’s slap heard “around the world caught the eye, the The 2022 Oscars were also criticized online after some viewers accused the production team of “weird” and “annoying” choice of music throughout the show.

british actor Daniel Kaluuya and American singer HER, who both won last year’s Oscars, appeared on stage together early at night to present the Best Supporting Actress award.

As the two black stars entered center stage, an instrumental version of Toto’s “Africa” ​​played in the background, sending social media into a frenzy.

“So far they’ve featured Daniel Kaluuya and HER with Toto’s ‘Africa’ and Stephanie Beatriz with ‘La Isla Bonita’, honestly, how the hell is that going?” tweeted Rob Sheffielda Rolling Stone writer and author of “Love is a Mixtape”.

Despite executive producer Will Packer’s goal of a more inclusive Oscars telecast with a majority black production team (including conductor Dontae Winslow and beloved DJ D-Nice), Hollywood’s Biggest Night continued with what some considered a barrage of controversial song choices for much of the three-hour live show.

breakout stars Jacob Elordi and Rachel Zegler came out together to showcase the best visual effects as Måneskin’s “Beggin'” blared through the speakers. Some Twitter pundits saw the song as a not-so-subtle dig at Zegler – who got a lot of pre-show attention when she shared she wasn’t invited and couldn’t get a ticket to the show despite his film being nominated for seven Oscars.

The ‘West Side Story’ starlet was eventually invited as a presenter after social media and other stars expressed their displeasure at the snub, but Zegler made sure to make a quick remark about her attendance.

“I can’t believe we’re here at the Oscars tonight. Growing up in Australia, I never thought I’d be standing here on this stage,” Elordi said.

To which Zegler replied, “And I never thought I’d be here six days ago. Dreams really do come true, pretty quickly too.

The Argentinian star graced the stage to present the performance of “Dos Orugutias”, nominated for best song from his Disney hit “Encanto”, but viewers were shocked by his exit music.

Fans of the global hit noted that the film was seen as a celebration of Colombian culture but featured a song by a Puerto Rican artist.

As “Encanto” continued to be performed, viewers were again shocked when “Oye Cómo Va” by Santana, a Mexican musician, was heard as John Leguizamo, a Colombian actor, walked across the stage.

The outrageous song choices that persisted throughout the night did not go unnoticed by viewers, leading many viewers to connect the dots and express their unease on social media.

‘A better deal than the Oscars’: The party celebrating the Irish in Hollywood | Movies

Will Smith apologizes to Chris Rock