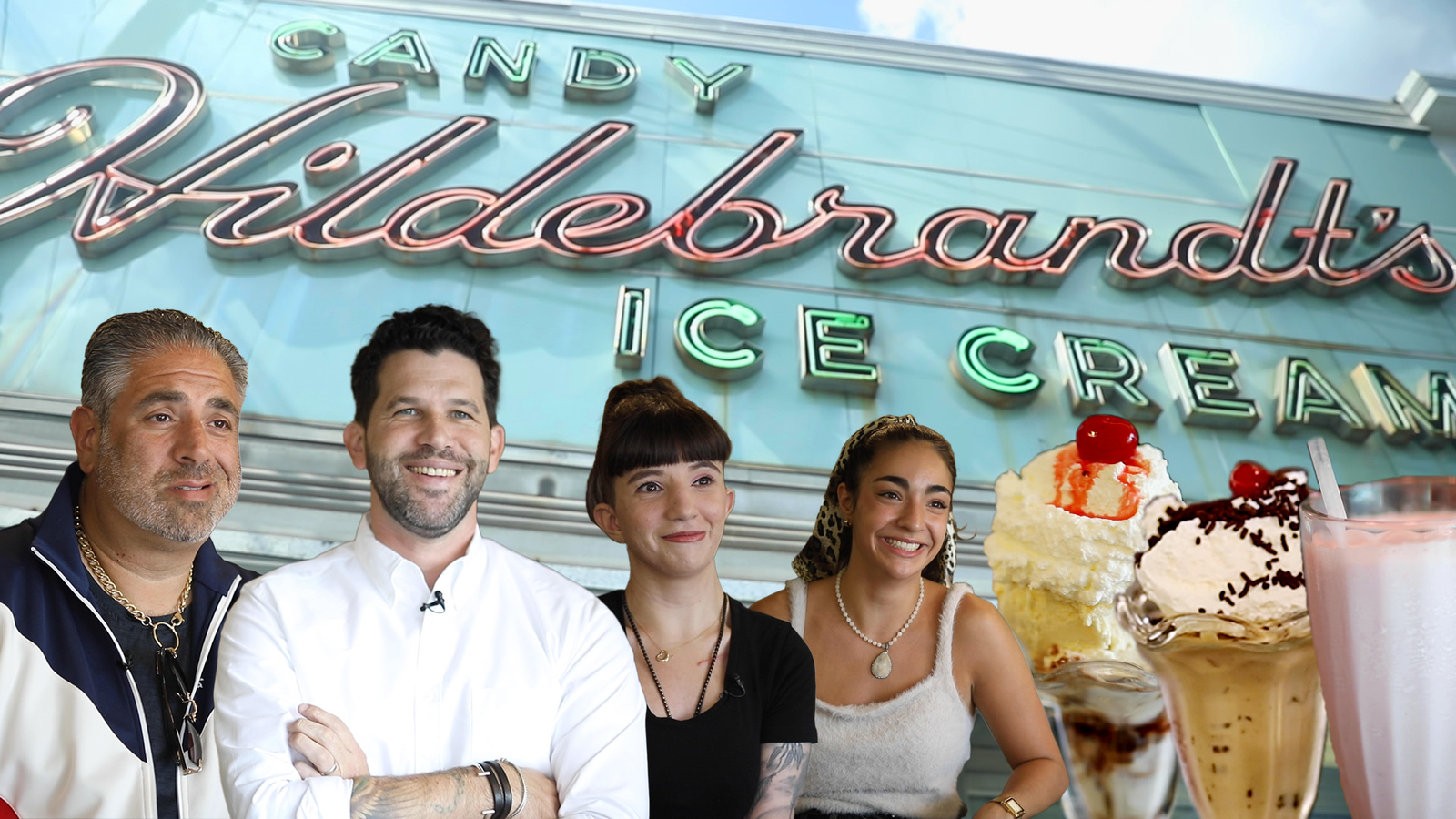 WILLISTON PARK, NY — As the 1920s roared on, Henry Hildebrandt opened a cafeteria and ice cream parlor in Williston Park, New York. It was a time when stores like Hildebrandt were the heart of America’s downtowns.

But slowly they left, so numerous that at the start of the 21st century Hildebrandt was among the last of their kind. The Long Island restaurant was so unique it became an Instagram darling, its storefront hailed as one of the most beautiful in America.

And then, Hildebrandt’s has almost become a statistic, a memory like all the others that have been missed and mourned. In 2020 a new owner raised rents and the family that has run the place since 1974 raised the white flag – Hildebrandt would close unless a miracle happened.

Well, a miracle happened this year on Super Bowl Sunday. The Los Angeles Rams weren’t the only winners that night.

That’s when Randy Sarf and his dad came in for some ice cream. Sarf was a regular at Hildebrandt’s – it was the place to grow up – and when then-owner Bryan Acosta confirmed that the ice cream parlor was doomed, Sarf decided on the spot: “We’re going to save the place.”

And he put his money where his mouth is, he said, buying two stuffed tigers the store was selling — appropriately, the Cincinnati Bengals were the other team playing that night — for $1,000.

That was just Sarf’s kick off. He quickly brought in his cousin, Spencer Singer, and they bought the place on a 10-year deal to start a business that would thrive for at least another century. With Sarf’s business chops and Singer’s background in crafts including fashion, they put their complementary skills to work.

“It’s a special place for him. And Nassau County and beyond,” Singer said of how Sarf and so many others view Hildebrandt. “When I first came back to this place, I knew it straight away. I was hooked.”

Indeed, they pledged not just to keep Hildebrandt open, but to revitalize it.

These careful alterations will highlight its historic character – like revealing a long-hidden tin ceiling – while making changes to the menu while preserving classic dishes that customers crave, like the cheeseburger.

And they make sure the crown jewel gets the shine and stardom it deserves – ice cream. It’s made on-site, comes in more than a dozen flavors, and forms the basis for Hildebrandt’s expansion beyond its nearly century-old house.

“We’re going to stay true to what Hildebrandt is,” Singer said. “We see Hildebrandt not just as this great community staple, we see it as a brand, and we want people to enjoy it from afar. So ice cream is really the way we’re going to be for another 100 years. want to sell the ice cream nationwide. We want to wholesale it to local markets, local restaurants, and then bring it directly to the consumer. After we renovate, we will grow with the ice cream.

The place looks like a 1960s movie set, its vintage charm everywhere. Indeed, it is exactly that, appearing in a scene from Martin Scorsese’s “The Irishman.” It’s easy to see why he’s popular, and while filming Localish the other day, Singer and Sarf made sure customers were well and the service was impeccable, while sharing their vision of a dynamic Hildebrandt.

Singer, seated by the front door for the interview, greeted each customer. “Hi ladies, how are you? Any table you wish,” was one of many warm greetings Singer extended to the lunchtime crowd.

Indeed, it’s all about family, which extends to long-serving employees, whom Sarf made sure would stay. Even the previous owners remain as the new era begins at Hildebrandt.

“This place really means a lot to me and my family,” said Hunter Acosta, who had managed Hildebrandt with his father, Bryan. “We were about a month away from closing and then Randy and Spencer came along and saved the day. We’ve known Randy and his family for a really long time. It’s really cool to have a family my family knows to take over. .”

Singer and Sarf say they have a plan and the means, and everyone from neighbors on Long Island to admirers of vintage architecture around the world have their backs.

“I was here the other day, and there were four generations at a table,” Singer said. “I mean it’s crazy, it’s wild.”

He revealed the recipe for success, and it’s short and sweet: “It’s family first, it’s community and it’s ice cream. It’s a new adventure every day.”

Classic Bing Crosby Songs and Moments to Relive: From Movies to Inventions to “White Christmas”