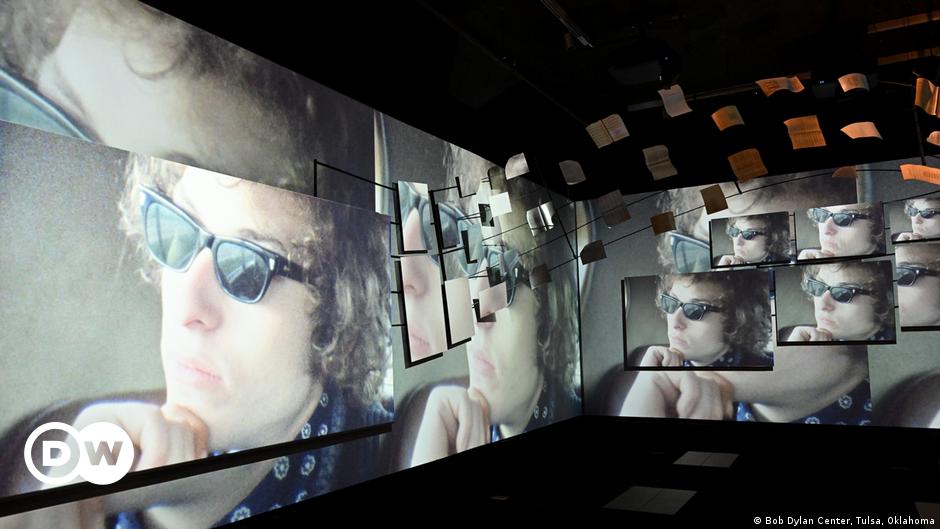 At the time, many people wondered why one of America’s wealthiest families had purchased so much of Dylan’s estate. It wasn’t until 2021 that GKFF announced that large parts of Dylan’s legacy would be on display at the Bob Dylan Center, which opens May 10.

The museum is located in the old Tulsa Paper Mill

“Casual Mood from the Heart”

That the new museum is opening in Oklahoma’s second largest city, Tulsa, suits Minnesota native Bob Dylan. In an interview last month with vanity loungethe octogenarian said “there’s more vibes on the coasts, that’s for sure”, but added that being from Minnesota he loves “the laid back hum of the heart of the country”.

The three-story Bob Dylan Center features more than 100,000 items that Bob Dylan has owned – or created – over seven decades.

They include handwritten lyrics to some of his greatest songs, previously unreleased recordings, photographs, films, and artwork.

The archives are a treasure trove for Dylan fans who want to better understand his songwriting process.

The museum’s website says the exhibit is “dedicated to the study and appreciation of famed American singer-songwriter Bob Dylan and his cultural significance.”

A multimedia installation depicts Dylan’s life, from growing up in Minnesota to becoming a world-famous folk musician. In a reconstructed studio, visitors can experience what it’s like to make a record.

A movie theater at the Bob Dylan Center will show films featuring Dylan as an actor or his music as part of the soundtrack, as well as documentaries. Classics include Martin Scorsese’s biography of Dylan “No Direction Home” (2005), DA Pennebaker’s documentary “Don’t Look Back”, which follows Dylan’s 1965 UK tour, and Sam Peckinpah’s feature ” Pat Garrett and Billy the Kid” (1973), for which Dylan composed the score and songs and in which he played a role.

Steven Jenkins, director of the Bob Dylan Center, in the middle of a section of the new museum

Museum of a living legend

Oil billionaire George Kaiser, one of America’s richest and most prominent philanthropists, is the museum’s patron. His fortune is estimated at just under $8 billion, which Forbes says makes him one of the 50 richest Americans. Much of his fortune goes to the George Kaiser Family Foundation.

Six years before the GKFF purchased the Dylan Archive, it acquired Woody Guthrie memorabilia and in 2013 opened the Woody Guthrie Center dedicated to the folk singer, not far from the current location of the Bob Dylan Center. Bob Dylan is bound to be delighted, as he has often said that Guthrie had been a formative musical influence on him.

In his unique career, Dylan has sold over 125 million records worldwide, written some of the most popular songs of the 20th century, and received 11 Grammy Awards, the Nobel Prize in Literature, and the Presidential Medal of Freedom.

Patti Smith, Elvis Costello and Mavis Staples performed at the center for a series of festive events ahead of its May 10 opening. All three named Bob Dylan as their musical inspiration.

Dylan won’t be at the opening in person. Instead, a five-meter-tall metal sculpture, designed and built by Dylan himself in his studio, will be on display at the entrance to the museum.

This article was originally written in German.