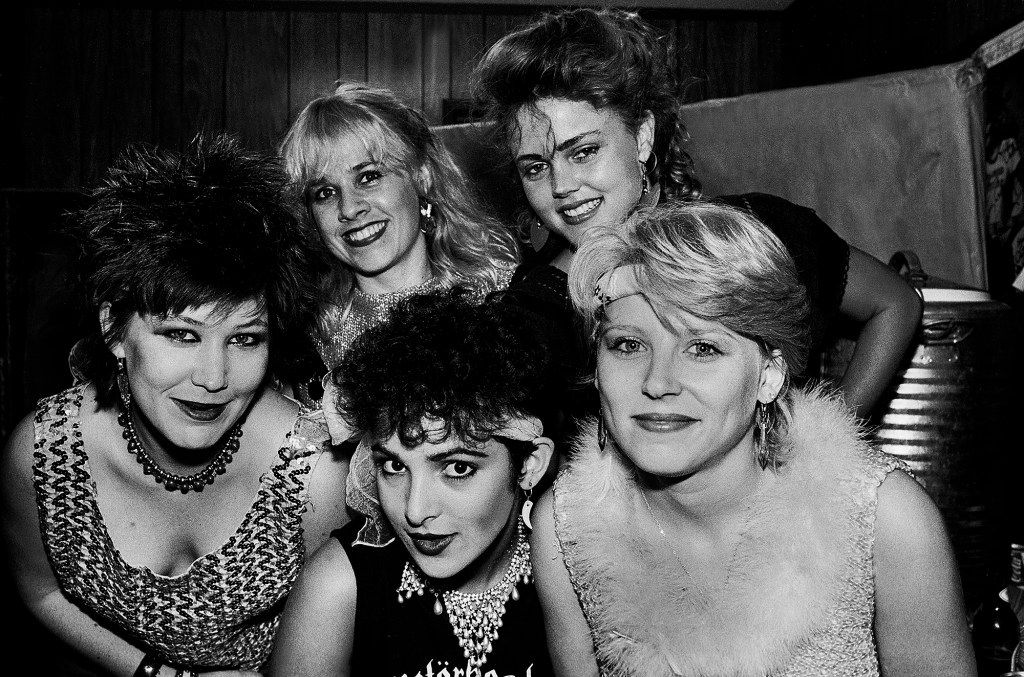 In 1984, Go-Go drummer Gina Schock discovered she had a hole in her heart that would require open heart surgery. Naturally, she and her “girl gang” chose to take a rough vacation before heading to the operating room.

“[We] decided to have a big party in case I don’t make it, â€notes Schock inâ€œ Made in America: All Access with the Go-Go’s â€(Black Dog & Leventhal), his new photo thesis. The book came out earlier this week, days before the group’s release. inducted into the Rock & Roll Hall of Fame Saturday.

â€œWe rented a Caddy and a Jag and went to one of our favorite places in Palm Springs,â€ she writes of the getaway. â€œOf all the gifts we brought with us, I was only entitled to pot, Valium, and mushrooms. I was really high, and we were all having fun and doing crazy stuff. Everything was in typical Go-Go fashion.

When Schock was released from surgery, Go-Go lead singer Belinda Carlisle jokingly offered him a post-operative dose of coke in the hospital.

â€œIt was so funny,â€ Schock, 64, told The Post. â€œIt’s so typical of someone in the band to say something like that at a time when it’s probably the worst thing that can happen. She knew it would make me laugh, and it does. And my chest hurt so much when I laughed!

Now, having kept the Go-Go rhythm going for over 40 years, Schock and the band will have a ‘better late than never’ inductee into the rock hall alongside their 2021 classmates Jay-Z, Foo Fighters, Carole King, Tina Turner and Todd Rundgren. The group will perform three songs at the ceremony, which will be recorded at Rocket Mortgage FieldHouse in Cleveland for airing Nov. 20 on HBO.

â€œWe kind of gave up on thinking about getting into the Rock & Roll Hall of Fame because that never happened,â€ Schock said. â€œAnd then all of a sudden when you give up, it happens. So we’re excited about it, honestly.

This honor gives Schock the distinction of being only the second thresher to be entered in the RRHOF. Moe Tucker from Velvet Underground preceded it.

It is certainly fitting that the Go-Go’s are inducted on the 40th anniversary of their debut album, “Beauty and the Beat” from 1981. With the hits “We Got the Beat” and “Our Lips Are Sealed”, the No. 1 record in 1982.

Schock said the Go-Go’s “had a great time” doing the LP, which became an 80s classic. “We had to go to New York and stay in a hotel for a few months while we were doing the LP. [it], “she said.” We were in the studio all day and we were out all night.