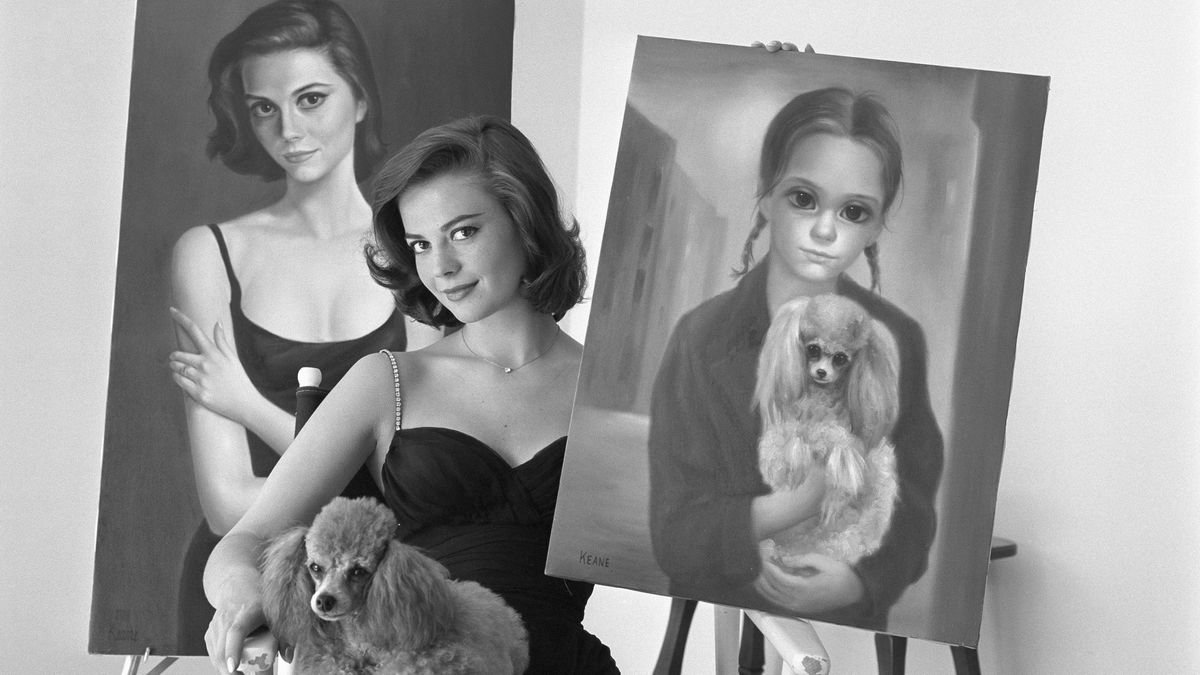 From Gwyneth Paltrow to Jack Nicholson: How Hollywood stars fell in love with the art world | Culture

Edward G. Robinson, the Hollywood actor known for his gangster roles, was an avid art collector in real life. He began by buying reproductions of artists such as Van Gogh and Matisse, then amassed a fabulous collection including authentic works by the aforementioned painters, and became one of the first collectors of the art of Frida Kahlo. In the 1950s, he was forced to sell due to financial obligations from his divorce.

At that time, it was unusual for Hollywood stars to have such a close relationship with high art. For proof, look no further than the photo above, of Natalie Wood posing with her portraits signed by camp painter Margaret Keane. Cases such as Robinson, Greta Garbo, Vincent Price and Billy Wilder, who auctioned off works by Picasso, Chagall, Calder and Niki de Saint Phalle, were less common. That said, there were undoubtedly others who kept their activities strictly private.

But these days, collecting art is a status symbol among celebrities, and on some levels it has less to do with personal taste than with building an image for others.

It is in this perspective that a recent controversy involving Architectural Summary magazine and actress Gwyneth Paltrow must be seen. In one post, she showed the world her new home in Montecito, California, posing in front of a real painting by Ed Ruscha and a sculpture that, while at first glance identical to those created by Japanese artist Ruth Asawa, was actually the work of D’Lisa Creager, an artist who sells her work for around $10,000 (€8,790) each. The confusion was such that the magazine itself identified the work as being by Asawa, and then had to correct the information.

Paltrow is one of the Hollywood stars that can often be seen at Art Basel art fair events, whether in Miami or Hong Kong. This is where the greatest contemporary art collectors in the world are located, as well as the most powerful galleries, displaying the best of their living artists and the legacies they also represent. Actors and friends Leonardo DiCaprio and Tobey Maguire are among those recognized for their expensive hobby of acquiring high-level art.

Actress Mary-Kate Olsen owns pieces by Andy Warhol and photographer Thomas Ruff, while actor Neil Patrick Harris is a fan of David Wojnarowicz and Robert Longo. Sofia Coppola has in the past opted for British artist Tracey Emin, while Jack Nicholson’s collection is valued at around $150 million (over 130 million euros), and includes Fernando Botero.

Steve Martin has works by Cindy Sherman, Eric Fischl and Francis Bacon, while Brad Pitt is an eclectic collector whose tastes range from Marcel Dzamato to the neo-surrealism of Neo Rauch and the media phenomenon that is Banksy.

As for famous couples, Beyoncé and Jay-Z have works by Ruscha, Warhol and Basquiat, as well as Damian Hirst. Hirst, Banksy and Emin are also among the collection of David and Victoria Beckham, who are distinguished not exactly by the originality of their purchases but rather by their high prices.

But it is undoubtedly in the world of cinema that the most avid collectors are to be found. Multi-millionaire David Geffen, who funded images such as Interview with the Vampire, is at the top of the ranking of the great world collectors, having in his possession works by Pollock and De Kooning. His flair for business also translated into lucrative buying and selling, having set a string of record prices. In 2006, for example, he sold a Pollock for 140 million dollars (123 million euros), and in 2016 he sold another Pollock and a work by De Kooning for a total of 500 million dollars (440 million euros).

In the past, art dealers were somewhat obscure figures who occupied a background role, but recently some have risen to fame in their own right – a phenomenon fueled by their romances with well-known actors. Lucas Zwirner, for example, had been in a relationship with Sienna Miller for just over a year, while Vito Schnabel has been linked to models Heidi Klum and Irina Shayk, as well as actresses Demi Moore, Cameron Díaz, Kate Hudson, Liv Tyler and Amber Heard. Jennifer Lawrence, meanwhile, is pregnant with her first child – her husband is Cooke Maroney, the director of the Gladstone Gallery.

It is a perfectly contemporary phenomenon, where the market and show business culture infiltrate the fabric of art until the three become indistinguishable. Or it could also be seen as another derivation from the idea that the introduction to art is always an emotional matter. After all, that’s what all proud collectors would say about themselves.

Bastille dazzles in “The Late Late Show with James Corden”