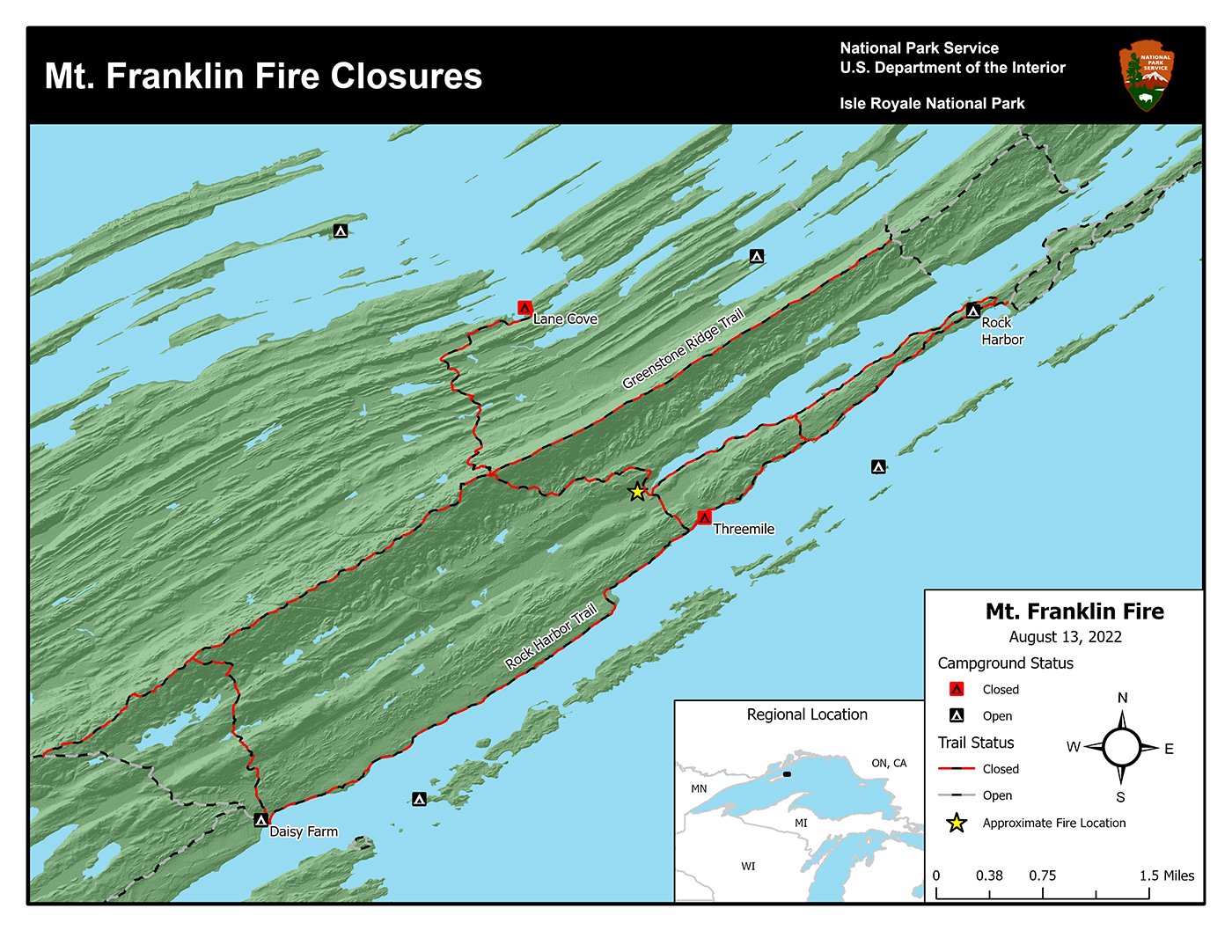 In the early afternoon of Saturday August 13, Isle Royale National Park staff received reports of a plume of smoke from an apparent wildfire in the campground area. of Three Mile. Isle Royale firefighters responded to the area and discovered a small fire at the junction of the Tobin Harbor Trail and the Mount Franklin Trail. Initial assessment measured the fire at approximately 5 acres. Visitors were evacuated from Three Mile Campground and Lane Cove Campground. Visitors have also been contacted and brought from the Rock Harbor, Tobin Harbor, Mt. Franklin and Greenstone Ridge trails for their safety.

Later in the day the fire spread to approximately 10 acres. To help prevent further spread until a fire crew could be brought in to work on the fire, a Minnesota single-engine air tanker dropped 5 loads of water (approximately 4,000 gallons total) on the fire in the late afternoon. Additional firefighters are expected to arrive at the park from August 14.

The following closures are in place until further notice for the health and safety of visitors and employees:

The cause of the fire is under investigation. Information provided by park visitors is often very useful to investigators. If you were in the Three Mile Trail and Campground, Tobin Harbor Trail, or Mount Franklin Trail area on August 12 or 13, or have information that might help, please submit a tip. You don’t have to tell us who you are, but tell us what you know:

The state of the fire will be continuously assessed. Closed areas will be flagged where possible and monitored to ensure compliance. These closures will remain in place until cancelled. Additional information will be added to the park’s website, Isle Royale State Park (US National Park Service) (nps.gov), and social media as it becomes available.