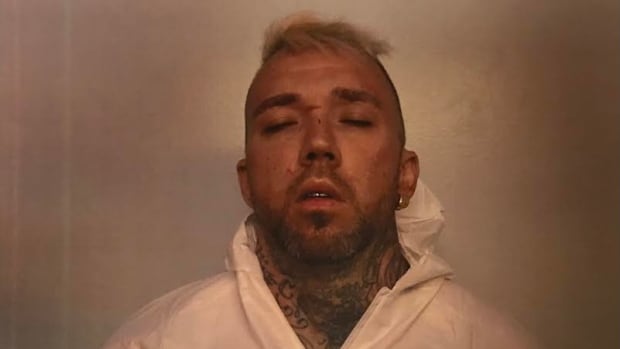 The man charged with the murder of a seven-year-old girl testified in the Court of Queen’s Bench in Edmonton that he did not believe the murder was real.

David Moss is charged with second-degree murder in the death of Bella Rose Desrosiers in May 2020. The 36-year-old admitted to the murder, but his attorney argues he should be found not criminally responsible.

The court previously heard a 90-minute interview with police the morning after the fatal stabbing where Moss claims the act was part of a spiritual awakening.

The defendant testified on Friday and Monday, telling the court he no longer believed in conspiracy theories or the spiritual ascension that prompted the murder.

“I just thought I was awake and everyone was asleep,” he said.

According to an agreed statement of facts, Bella’s mother invited Moss to her home after becoming concerned about comments he made that made her think he might have been suicidal.

The court heard that police and the Crisis Response Team visited Moss and referred him to a psychologist, but he missed the appointment.

As Melissa Desrosiers tucked her two children into bed, Moss suddenly appeared in the doorway wearing nothing but underwear and brandishing a pair of scissors he had used to attack the girl.

Moss told the court he didn’t believe the murder was real.

Moss spoke in court about a head injury at the age of 18 caused by a thrown rock. He said he had been in the hospital for months and now had a metal plate.

Moss said he started hearing voices in the years leading up to the homicide. He visited a hospital in 2019.

He said that at one point he was prescribed Seroquel, the brand name of a drug used to treat schizophrenia. Moss said he didn’t take the drug.

The court also heard that Moss’ cousin had been diagnosed with schizophrenia a few years earlier.

While on remand and later in Alberta Hospital, Moss began taking medication. He said it helped but he still sometimes heard voices.

The Crown noted discrepancies between what Moss said in his testimony and what he told doctors in the weeks and months after the murder, although Moss said he had little recollection of those. interviews.

“I was pretty much in trouble the whole time I was there. I don’t really remember that.”

The accused’s frequency of cannabis use and the feelings of paranoia it may have engendered were among the subjects of the prosecution’s investigation. Moss said he used more cannabis once the pandemic began, but cut himself days before the murder.

Dr. Marc Nesca, a clinical forensic psychology expert called by the defence, said he disagreed with another expert report concluding that Moss suffered from cannabis-induced psychosis .

Nesca said the murder happened against the backdrop of a mental illness where Moss believed “the conventional reality we live in was actually a hologram, that nothing was real, including people.”

“The brain injury is the focal point of all of this because it was followed by a characteristic set of changes,” he said, adding that the evidence showed that Moss had become more reclusive and had struggled with his life. memory and speech after his injury.

Schizophrenia-like psychosis was identified after traumatic brain injury, Nesca said, although Moss’ case is atypical because it developed slowly. Stress can lead to acute flare-ups, he added.

The trial before judge alone is expected to continue next week.

Yahoo names Hollywood actress Jessica Alba to its board of directors