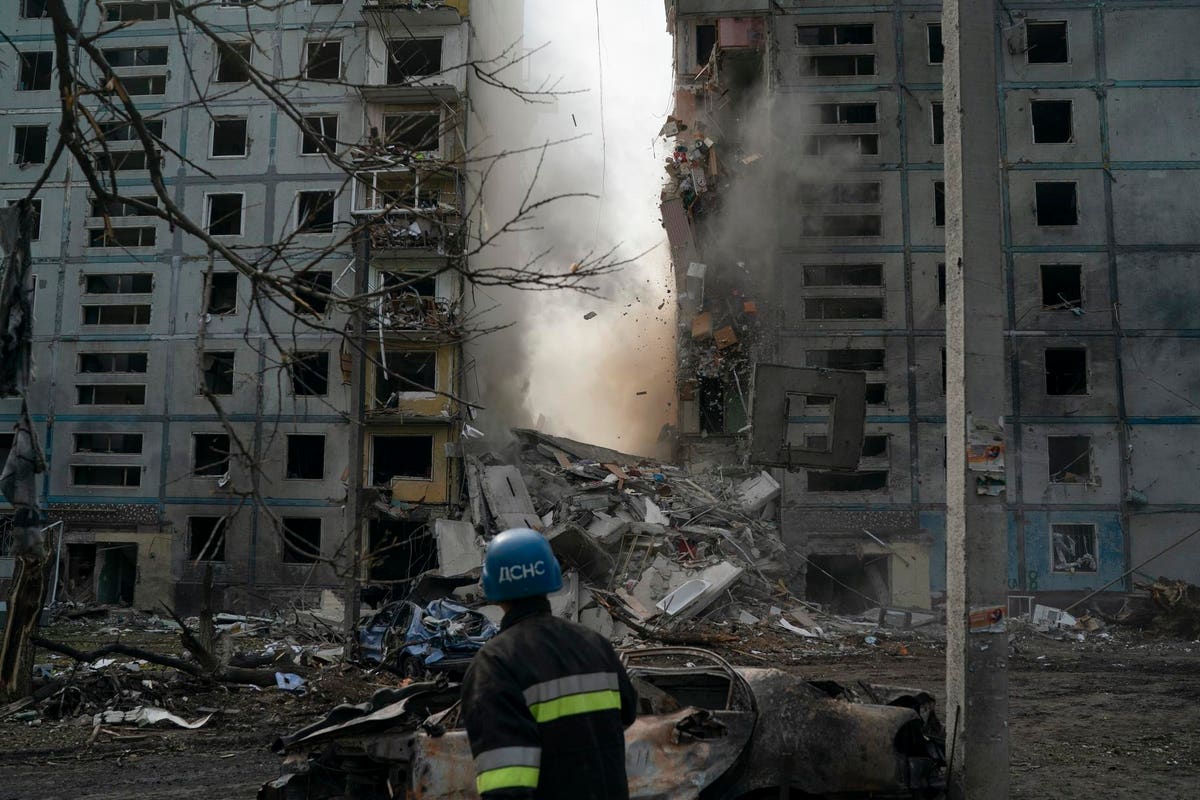 Daily news and information from Ukraine

As Russia’s attack on Ukraine continues and the war rages on, reliable sources of information are essential. Forbes is gathering information and providing updates on the situation.

About 30% of Ukraine’s energy infrastructure has been damaged by Russian missiles since Monday, October 10, Ukrainian Energy Minister Herman Halushchenko said in a interview for CNN. Halushchenko said Ukraine’s energy system “is still stable,” but called on partners to provide air protection systems that could help protect infrastructure. “We send this message to our partners: we must protect the sky,” he said. “The Russians, they don’t play certain games according to international laws. They don’t care about any type of international agreement or convention.

Donetsk region. In the morning, Russian troops shelled the town of Avdiivka in eastern Ukraine. “They hit the central market, where a lot of people were at that time,” wrote the head of the Donetsk regional administration. Following the attack, at least 7 people were killed and 8 injured. “There is no military logic in such bombardments – only a desperate desire to kill as many of our people as possible and intimidate others.”

Dnipropetrovsk region. Russian troops shelled the city of Nikopol seven times with fire from a rocket system and heavy artillery. More than 100 shells were fired into the city, reports Valentin Reznichenko, Head of Dnipropetrovsk State Administration. Following the attack, three people were injured, including a 6-year-old girl. All of the victims’ conditions are serious. “More than three dozen high-rise buildings and private homes, gas furnaces and power lines were mutilated in the city,” Reznichenko said. “Two businesses, two kindergartens, a school, shops and a charity office were damaged.”

Zaporijzhia. About seven S-300 missiles were fired by the Russian army at night on the city. “Two rockets hit one of the neighborhoods in the regional center and fortunately did not cause significant damage,” he added. wrote the head of the Zaporizhzhia regional state administration. Five more rockets flew into the suburbs.” In one of the villages near Zaporizhzhia, a residential building was partially destroyed, and rescuers rescued three people from the rubble. There were no fatalities. Since September 30, more than 70 people have died in Zaporizhzhia, and high-rise buildings, private homes and infrastructure were destroyed or damaged. “The terrorists deliberately launched strikes with precision-guided missiles, causing a large number of civilian casualties.”

Zaporizhzhia Nuclear Power Plant (ZNPP) has regained external power. After a Russian missile attack on the Zaporizhzhia region, the Russian-occupied nuclear power plant lost connection with an external power supply twice in less than a week and was forced to run on diesel generators.

The Kremlin forces residents of the city of Melitopol in the Zaporizhzhia region to obtain Russian passports, the mayor of the city, Ivan Fedorov reported. Citizens who have been forced to work for communal enterprises run by collaborators are required to obtain Russian passports. Occupation authorities collect personal data and take photos for passports without asking residents’ consent. If people refuse, they are threatened with dismissal and the impossibility of finding a job elsewhere. “Above all, the occupiers need Melitopol to look like a city loyal to the Russian Federation, at least in the propagandists’ video, where the aggressor country’s passport is very popular,” Fedorov said.

On the cultural front

The Russian army is destroying the historical value of Ukrainian culture. In a interview with The Associated Press, Ukraine’s culture minister alleged that Russian soldiers took artifacts from nearly 40 Ukrainian museums as they left the occupied territories. “The looting and destruction of cultural sites has caused losses estimated at hundreds of millions of euros. Among the most valuable items were ancient religious icons, a unique handwritten Torah scroll, a 200-year-old Bible and more than 200 medals,” the council said.