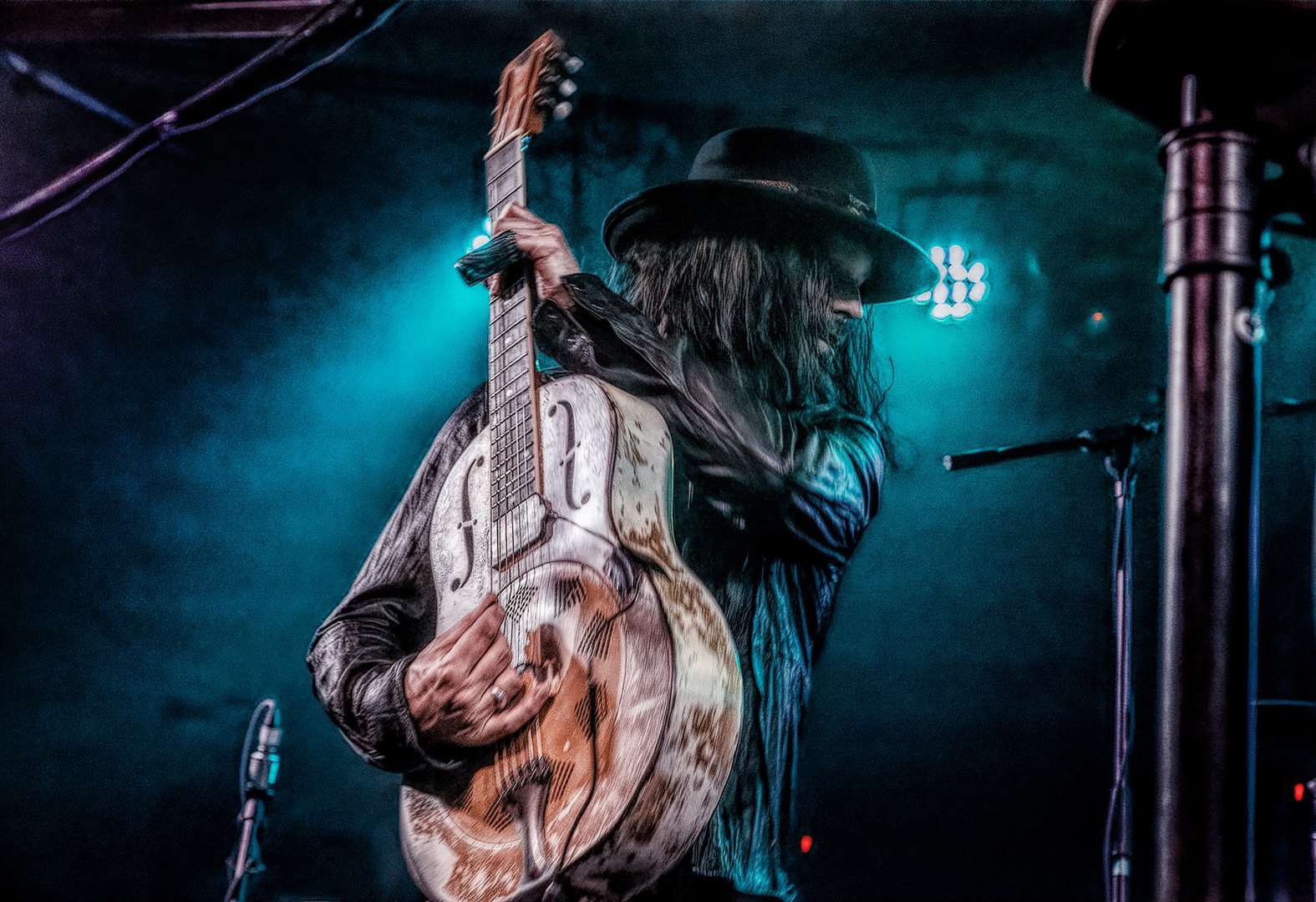 British slide guitarist and singer-songwriter Troy Redfern is so good that he managed to enlist the help of a former Guns N ‘Roses guitarist to play on his upcoming new album.

The talented musician, who announced a date at The Junction in Cambridge, released his latest single, I’m waiting for your love – described by the man himself as an ‘explosive and sassy boogie blues’ – in May. The fiery track is taken from his next album, Cosmic fire, which was written in 2019 and is scheduled to launch this Friday, August 6.

The new LP – produced by Paul ‘Win’ Winstanley and mastered by Frank Arkwright, senior mastering engineer at Abbey Road Studios – follows five stunning albums Troy released in 2020, and was recorded at legendary Rockfield Studios in the North Wales, the same studio where Queen recorded all of their first albums.

Troy has cut his teeth and refined his style over the past few years, performing on major festival stages and making his way across Europe. He also became a well-known actor on the British blues rock festival circuit, performing alongside Led Zeppelin frontman Robert Plant.

Cambridge-based Troy Refern fans will have some time to familiarize themselves with the new record as the artist is not expected to perform here until next March. Speaking to Cambridge Independent From his home near Hereford on the Welsh border he says of the new LP: “It’s been crazy, the amount of work involved – all the PR and so on.

“This is the first time that I have done something that I have promoted so much; I have already released albums but [this time] I have Peter [Noble, music publicist] involved and it will hopefully take it to the next level.

Like many other artists, Troy has managed to stay busy in 2020, but few can claim to have released five albums in a year. “It was not intentional …”, he explains. “What happened was I had a support tour with a band called Willie and the Bandits, and it was going to be a six week tour.

“It was early 2020 and I needed an album to release, promote and sell on tour, so I released This raging heart. Then, three weeks after the tour started, the lockdown happened and it all came to a screeching halt.

“Once the lockdown was done I did a few livestreams, but instead I decided to focus on making an album – a physical product – for two reasons really: to keep the momentum going and just use that time wisely, instead of waiting for everything to happen. to resolve.”

“Then, as the year went on, the next thing I posted was something called Deep cuts, which were the songs that did not succeed This raging heart – there was enough for a full album – and then I did an improvisation album.

“It was just a 30 minute track, on a resonator with the intention of seeing if I could improvise for 30 minutes without repeating myself. So it was really more for my benefit, just to break a record and have 30 minutes time and see if I could do it – so I decided to pull that out.

“And then, at the end of the year, I decided to release an instrumental album [Thunder Moon]. I have my own little studio so I record everything here except this new album coming out which was made in Rockfield, which I had recorded over the past five years and which had just been stored on the hard drive.

“I thought it was a good time to say it because it was a completely different aspect of what I do. It was really a bit risky because I’m known to do one thing and it was a bit left field.

“It was with the cello and percussion and stuff like that – so it was definitely a little more ‘out there’. But it went very well; in fact, it sold the best of anything I released that year, which is surprising.

Troy says he first took up slide guitar when he was about 14 years old. “I had heard Jimi Hendrix and that kind of blues music, but I hadn’t really heard the source material.

“Hearing the Climax Blues Band, they were another angle for that kind of music – it was all an electrified slide game – and at 14 I was listening to a lot of rock music from Los Angeles, Aerosmith and all that kind of stuff. things. .

“And I remember Mötley Crüe guitarist Mick Mars … They’re known as a hair band but he’s a really good slide guitarist, and I remember hearing his stuff back then, which probably influenced rock more than I do; that kind of energetic music mixed with blues.

Cosmic fire will be released on August 6. Troy is scheduled to appear on J2 at The Junction in support of Willie and the Bandits on Thursday, March 24, 2022. Tickets: £ 15 in advance.

Interview: Dr Robert of the Blow Monkeys is eagerly awaiting concert in Cambridge

Interview: The Darkness to present their new album in Cambridge next month