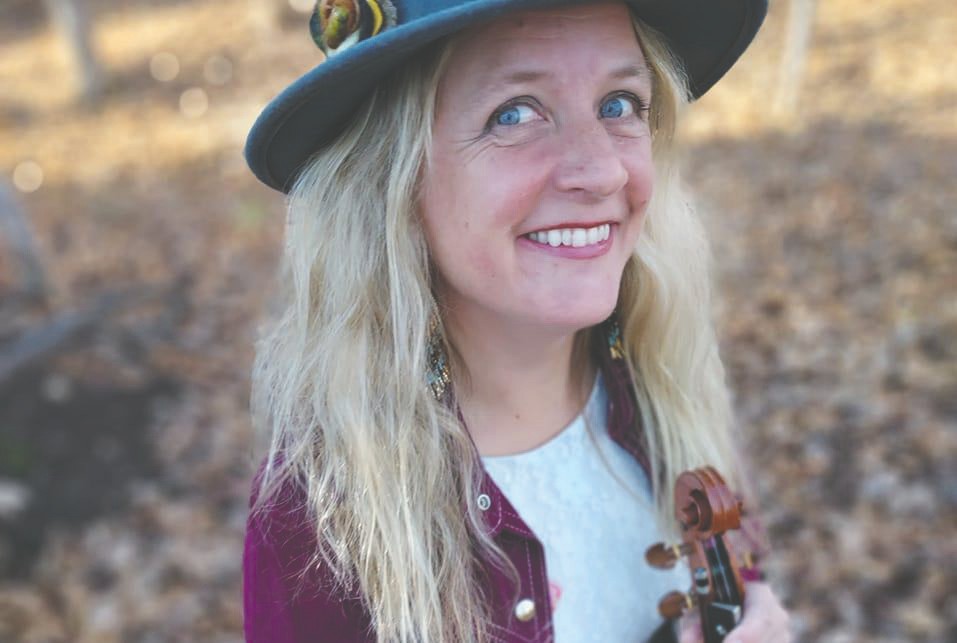 Around 2010, the band I was a member of began performing away from the Range with assorted stops in Wisconsin and the farthest corners of Minnesota including the Twin Cities and Duluth. Meanwhile, there was a general buzz focused on Duluth with bands like Low and Trampled by Turtles attracting national media attention, and no conversation among local musicians on the Duluth scene would be complete without touching on the touring band. National Yeltzi. . From there, the subject would inevitably turn to founding member Sara Softich, a native of Virginia. A skilled multi-instrumentalist and gifted composer with seven albums to her name, Sara returned home to Virginia to raise her children and work full-time as a music teacher. I recently had the chance to sit down and chat with her about her life and career.

EK: Talk a bit about yourself and your music.

SS: I’ve been making music since I can remember. When I was little, my mother once noticed me alone in my aunt’s basement playing the piano while the other children were playing outside, and she gave me piano lessons with Mrs. Ahola . I followed them throughout school and also had the experience of being in Virginia High School’s excellent music and orchestra programs. When I was a little older I started playing in local bar bands and then went to college and purposely didn’t study music because I wanted to continue loving it. I moved to Duluth in my early twenties at a time when the music community there was absolutely thriving, and it fostered so much creativity. During that time, I played in a bunch of bands and toured the country meeting a ton of great new people. I saw most of the country from a truly unique vantage point.

EK: Where are you going with your music now?

SS: I’m not really in a waiting pattern, but when I came back to The Range with young children, I discovered that being a mother took up a lot of creative energy. Once they grew up a bit and I had a bit more free time, I started writing songs again and recorded an album. During the pandemic, I started experimenting with writing strictly instrumental songs, and I just finished recording an album of them. It’s titled Iron and emeralds.

EK: How has your career as a music teacher withstood the pandemic?

SS: I was forced to learn how to use technology, which terrified me at first, and now half of my business is online, which is ironic and awesome. It made me a better teacher because I had to find ways to explain things because I wasn’t physically there with the student. I couldn’t be there to move a violin player’s arm or point the fingerboard, and that really improved my teaching ability. Giving virtual classes has also expanded my geographic area as I now have students everywhere including one in New York and another in the Virgin Islands.

EK: Do you listen to a lot of music, and if so, what do you like at the moment?

SS: It may sound weird, but I listen to a lot of Scandinavian folk music played on the violin because I’m really interested in it right now. After playing for so long, I learned all the regular fiddle tunes and then I learned all the Irish standards, so it’s a whole new genre. I also listen to these Scandinavian songs played on the Hardanger fiddle. (Note: The Hardanger fiddle is a Norwegian national instrument very similar to the fiddle, but with eight or nine strings instead of four as on a standard fiddle, and constructed with finer wood.)

EK: We’ve talked about performance anxiety in the past, and I found your perspective interesting.

SS: It’s sort of part of every musician’s journey, and during a period when I was playing a lot of gigs, I was getting up and performing without caring at all, but then I was exhausted from play and I took a step back. When I decided to start performing again, I found that anxiety was going to ruin my whole day, and I really couldn’t understand why. I handled it just by pushing on it, and got to the point where my nerves were no longer an issue. You just have to decide that you don’t care anymore, and it will stop bothering you.

EK: How do you write songs? Idea first, melody or chord progression?

SS: Hmmm…[long pause]. Usually they… fall from the sky. Then obviously when you do something long enough, you learn to refine and change things. When I first started doing it, they weren’t as polished or well thought out, and sometimes when I listen to some of my old songs, I say “Arrrrrgh”, but the songs from the new album, for example, a lot of these came to me and were done in 15 minutes. I would get to that creative point and be able to pick them straight out of the sky.

EK: I think it’s great that you have more than a few mature students.

SS: Yes, some of my favorite students are “later in life” adults. I find that when someone tries to learn something new, no matter how old they are, they always have a young spirit. Some adults have dreamed of learning to play an instrument but have never done it, and it’s great fun to be able to help them achieve that goal.

EK: What advice would you give to parents regarding music lessons and practice?

SS: I think taking lessons makes kids better at school because it opens their minds to forming new paths and makes them think differently. Life gets really busy, and not everyone’s priority is getting really good with their instrument. I have students who practice so much and progress quickly in a short time covering a ton of material, and then I have other students whose parents just want them to be exposed to music on a weekly basis, qu whether they get really good at their instrument or not. I don’t have a universal expectation for every student. I think it’s important to expose kids to learning to play an instrument even if they don’t get into it right away.

EK: What advice would you give to a young anyone wanting to get into songwriting and live performance?

SS: They should just start doing it and have no expectations. Do it, have fun, and don’t be too hard on yourself. When you write a new song, even if you decide it’s not very good, you’ll still end up with a line or two that you keep, and then when you come back to it, you’ll come up with a few more. I think the music industry is brutal in the way it ups and downs your ego. Sometimes the money is really good, but other times it’s terrible. Some days a big crowd shows up and other times no one does, and there’s no way to predict anything. I think people who have made careers in music end up being pretty tough, and the creativity that goes into creating art extends to all other aspects of life like managing money, schedules, having a family…all of it. At the same time, I am very satisfied to do this as a career. If you can put it all together, it’s a great life.

Sara will release her latest CD, Iron and emeralds as part of the Iron Range Original Music Association’s Friday, April 29 concert at Mesabi UU Church in Virginia, and she will share the performance with Annie Humphrey. Annie, an Anishinaabe singer-songwriter from Deer River, is a member of the Leech Lake Band of Ojibwe, and her debut recording, “The Heron Smiled,” won national recognition as Female Artist of the Year and Best Recording folk at the 2000 Native American Music Awards. She was also nominated for Artist of the Year at the 16th Annual Native American Music Awards for her 2016 album. Uncombed hair. Admission to the show is $15 at the door or via an IROMA share which grants access to the entire year-long concert series available on the band’s website www.iroma.live.