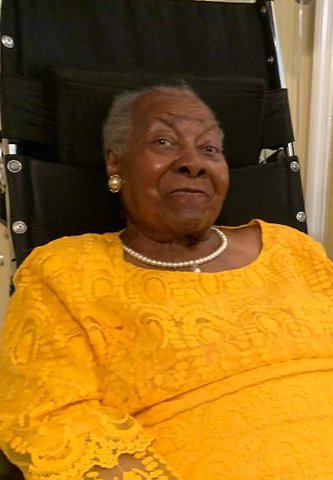 Saturday May 29, 2021 was an extra special day for this young lady. She celebrated her 101st birthday via Zoom with many of her family, friends and supporters. It was certainly a time of reflection, remembrance, renewal, laughter and great camaraderie as the Queen of the Hines and Hargrove families was honored.

Dolly Mae Hines Hargrove was born May 28, 1920 in Long Reach in the community of Riceboro, Georgia. When she was born in 1920, the price of a gallon of gasoline was only 30 cents; and you could buy a new Chevrolet for $ 525 (countryliving.com)

Her parents were Simon Hines and Sarah Hines, and she had five brothers and seven sisters. All of his siblings are deceased. However, one of his sisters, Mary Hines Brown, lived to be 102. One of her brothers, Simon Hines and one of her sisters, Betty Jean Hines, both lived to be 94 years old. Longevity is a family affair.

When Dolly and her siblings were growing up, they would walk five miles to school. Dolly Hines graduated from the Liberty County School System in her class. She and her family were loyal members of the First Sion Baptist Church in Riceboro. They also walked to the church.

On October 19, 1943, Dolly Hines married Johnnie Hargrove Sr., of Riceboro. He was a World War II veteran who served in the United States Army in military operations in the Pacific. In the early 1950s, they settled in Goose Creek, South Carolina. The Hargroves were blessed with nine children (seven boys and two girls), 21 grandchildren, 21 great-grandchildren and 10 great-great-grandchildren.

Mother Dolly (as she is called) and her husband were married for 76 years before her death on July 25, 2015, at age 95. “My mother lost a daughter and two sons. My sister, who had epilepsy, suffered from seizures and subsequently died of a seizure, was home schooled. One of my brothers was on a freighter that sank in October 2015 during Hurricane Joaquin near the Bahamas. Our mother’s faith and strength during these times kept our family strong, ”said daughter Johnnie Mae.

Prior to becoming a double amputee, Mother Dolly was an active member of Trinity Missionary Baptist Church in Goose Creek under the direction of Reverend Dr. Joe McNeil. “She sang in the choir and was a missionary. His favorite scripture is Psalm 23, and his favorite songs are “This little light of mine” and “I will trust the Lord.

Johnnie Mae said his mother taught them to be nice to people and not to get angry. “My mother believes in helping people and loves taking care of children. My mom is a good cook and loved to cook when she could. She loved to bake sweet potato pies; his pies were delicious.

A hardworking housewife and former employee of the U.S. Postal Service, Mother Dolly has lived a lot in her 101 years. “She is a magnet for love and affection as she remains the rock of her family, the bond that unites and the peaceful and pleasant spirit that comforts and welcomes so many grateful for this family matriarch,” said Johnnie Mae.

The singer has a hit song; can’t get baseball out of his blood